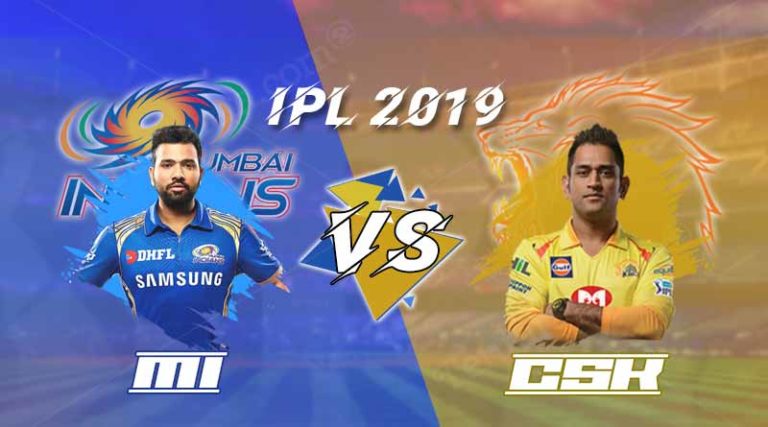 In the match 15 of Vivo IPL 2019 between MI and CSK, the leaders CSK lost their first match of the season by 37 runs in a one-sided match.

Learning from the Mistakes

Mumbai Indians in in fact inflicted its second win in their last four games at this season of IPL 2019 . Learning from past mistakes, MI defeated Chennai Super Kings with an all round performance defeating them in all the departments.

Thanks to Hardik Pandya’s brilliant knock with both the bat and the ball. Playing a quick fire batting of 25 runs of 8 balls, Hardik returned with 3 wickets of 20 runs with the ball as well. Following the courtesy, Surya Yadav played exceptionally well scoring 59 runs on the scoreboard in this match of IPL 2019.

Also read: The struggle for 1st win continues for RCB

He added 62 runs partnership for the fourth wicket with Krunal Pandya who played innings of 42 runs of 32 balls.

A One Sided Match Story

The entire match of IPL 2019 was a one sided gameplay. Firstly, the brilliant opening lineup of Mumbai Indians played high scoring abilities, giving a target of 171 runs to the CSK. Secondly, the bowlers with their tricky bowling performances restricted CSK to 133/8 as their final score.

This was, in fact, the first defeat of Chennai Super Kings in this IPL season. The opening order of CSK failed to add runs to the board as Watson departed at 5 runs and Rayudu with a duck lowered the confidence of the team. The entire batting order shattered early with only K Jadhav scoring 58 runs knock on the board. With this, the Captain cool led CSK could manage to get only 133 runs defeating by 37 runs at this match of IPL 2019

The next of IPL 2019 will be  the much confident Delhi Capitals to battle with Sunrisers Hyderabad at Delhi on 4th April 2019.