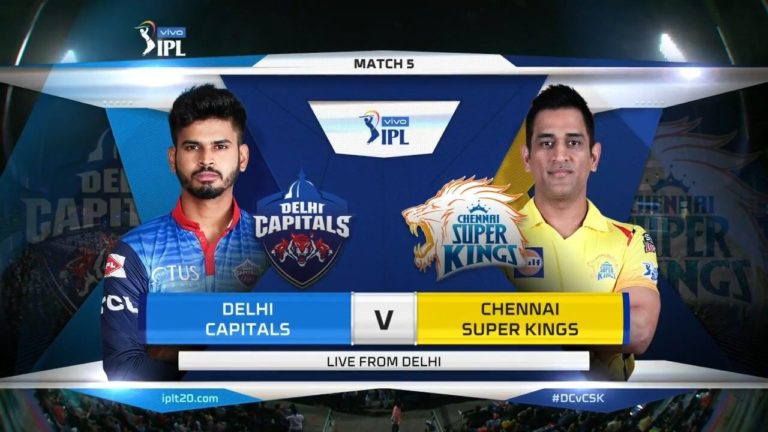 Delhi Capitals had been too determined in this season of IPL 2019 with a great win from Mumbai Indians earlier. But, their momentum vs Chennai Superkings them to a defeat by 6 wickets.

This season of IPL 2019 has started with a mixture of extraordinary performances, dramatic wins, and sportsmanship. The surface has been too sluggish in the match of CSK vs DC which ultimately lead the home-grounders Delhi Capitals to put a lesser score on the board. DC battled first and performed at 147/6 which was a quite decent score to chase for Chennai Superkings at this IPL 2019.

Chennai Superkings has been a versatile team full of armed battle hardened players like Shane Watson , MS Dhoni, Suresh Raina. In reply to a decent score by the Delhi Capitals, CSK were always in control of the game as Shane Watson scored a wonderful knock of 44 runs of just 26 balls whereas Suresh Raina’s comes back in IPL 2019 scoring 30 runs of 16 balls. But, the defending champions increased the anticipation of the audience by taking the match to the last over . All credit goes to the slow batting glimpses by MS Dhoni and Kedhar Jadhav for which Dwayne Bravo hits the winning runs

IPL this ason has gifted all the teams with powerful hitters, bowlers, and fielders all around. The upcoming battle on 27th March 2019 of this IPL Season is between the much confident Kolkata Knight Riders versus the Kings XI Punjab at one and only Eden Gardens Kolkata.

Well, let us anticipate good effortful match between both the confident teams with good wins earlier in this season of IPL.