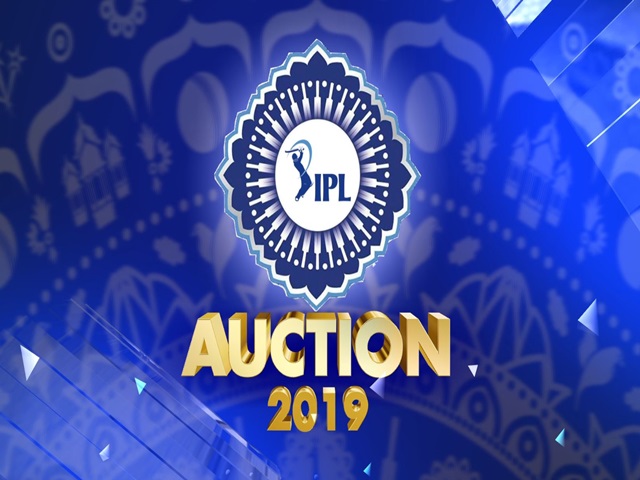 It is still winter season but it seems that summer just set in, because 2019 IPL auction was held today morning at Jaipur and streamed live on Star Sports. 351 cricket players from across the globe had competed for 70spots for the next IPL season. 8 franchises had competed one against each other to ensure that they had the right set of players for the big game.

Rupees 2 crores fixed as the highest base price and only 9 players were kept under this bracket.  These players include some big names like SamCurran, Corey Anderson, Chris Woakes, Shaun Marsh, Lasith Malinga etc. Indian fast bowler Jaydev Unadkat had the highest base price among Indian players with a base price of 1.5 crores. Next to him is dashing left-hand batsman Yuvraj Singh along with Axar Patel and Md. Shami with a price of 1 crore.

Once again this year JaydevUnadkat was sold for the highest price of whopping 8.4 crores, though a slump from 11.5 from last year. He was bought back by Rajasthan Royals after few minutes of intense bidding for him by all the franchises. Besides him, VarunChakrovarty, Tamil Nadu’s mystery spinner was not only going to play his debut IPL but stood at the top of the ladder today for being sold at 8.4 crore rupees. Kings Eleven Punjab had high hopes on him for the upcoming IPL season and even cricket fans are eager to witness his magic spells on the field. Next highlight was Shivam Dubey’s purchase by Mumbai Indians for 5 crores. Dubey was an impressive all-rounder with record at level.

It was definitely an unfortunate day for big players like Brendon McCullum, Morne Morkel, Dale Steyn, Angelo Mathews, Shaun Marsh Hashim Amla. The entire auction was dominated by young Indian cricketers for whom the franchises competed against vigorously.

Yuvraj though left unsold for the first round, he was bought by Mumbai Indians for 1 crore in the consequent round. Similarly, Malinga after serving Mumbai Indians as bowling mentor in the last IPL season was once again back into Mumbai Indians team all equipped with his deadly Yorkers to unleash on the batsmen.

So, what do you think, did the franchises made their right decisions and got the best set of players? Well, we need to wait and see whether the high bid players can justify the amount what they are paid for. But one thing’s for sure we are going to witness once again raining sixes and fours in 2019 IPL.