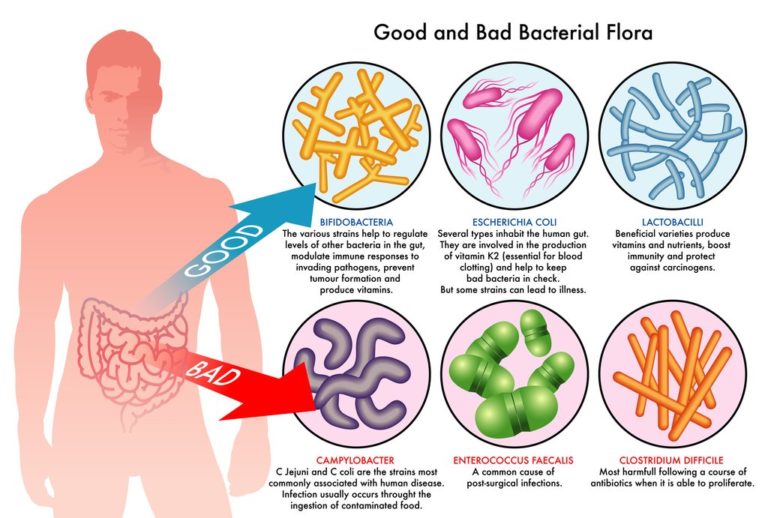 From a recent study, it has been identified that around 15% of the world population is suffering from irritable bowel syndrome. If you too are affected with it, you will have to experience irregular bowl habits. This will be dominated by constipation and diarrhea. On the other hand, people with irritable bowel syndrome will have to deal with the frustration linked with abdominal pain and bloating as well.

Several methods are available for you to overcome the frustration associated with irritable bowel syndrome. Consumption of a probiotic can be considered as one of the best methods out of them. Here is a list of 5 of the most reputed probiotics, which you will be able to consume in order to get rid of the pain associated with irritable bowel syndrome.

Bifidobacterium bifidum MIMBb75 can be considered as one of the most effective probiotics that you can use in order to overcome irritable bowel syndrome. It was initially extracted out of feces of healthy human beings. However, much advanced methods are currently being used in order to extract the probiotic. The effectiveness of using Bifidobacterium bifidum MIMBb75 to treat irritable bowel syndrome was recently analyzed. From the analysis, it was identified that the probiotic can deliver effective results when reducing the bloating of the stomach and the discomfort that people go through In addition, it can eliminate the feeling of urgency as well. From the same study, around 57% of patients who were provided with the probiotic displayed positive progress.

Lactobacillus plantarum 299v probiotic is made from a bacteria extracted out of human colon tissue. Out of bacteria used in probiotics, this specific bacterium went through the most number of trials. Hence, it showed positive results during the trials, people in today’s world now tend to use this bacterium for the production of probiotics. A company named Probi AB, based in Sweden holds the ownership of this probiotic as of now. A research was conducted to analyze the effectiveness of this probiotic, along with the participation of 200 patients in India. Around 50% of those induvial were provided with the probiotic for a period of 4 consecutive weeks. At the end of the 4th week, their progress was analyzed. As per the results, it was clear that the individuals taken in for the research have been able to improve their irritable bowel syndrome symptoms significantly. Hence, Lactobacillus plantarum 299v can be considered as one of the most significant probiotics available for the usage of individuals who deal with the negative consequences associated with irritable bowel syndrome.

Bifidobacterium infantis 35624 was a bacterial strain, which was extracted out of human intestines. It was initially discovered by a group of scientists in Ireland, back in 2006. Upon the discovery of the probiotic, it was provided to a research group of patients who had irritable bowel syndrome. From this study, it was clear that women with irritable bowel syndrome displayed positive results when compared to men who had the same health condition. They were able to get rid of almost all the negative symptoms associated with the health condition, including gas, straining, incomplete evacuation, bloating, pain and discomfort. On the other hand, people got the opportunity to overcome the symptoms associated with diarrhea as well. In other words, overall satisfaction was offered to the group that took part in the study. With all the positive results, it is clear that Bifidobacterium infantis 35624 is in a position to provide an excellent assistance to all individuals who are dealing with irritable bowel syndrome.

VSL#3 can be considered as a multi-strain supplement. In fact, this probiotic comes along with eight different strains. Any person can think about consuming VSL#3 without having a doubt in mind. That’s because it has been well tested to deliver amazing results for the people in need. Even though VSL#3 can deliver positive results to a wide group of individuals, it is a somewhat weak supplement when compared to others. Therefore, VSL#3 cannot be considered as the best option available, especially if you are looking forward to get hold of a robust solution to overcome irritable bowel syndrome.

LGG MAX can also be considered as a multi-strain supplement. If you compare LGG MAX along with VSL#3, you will be able to find a lot of similarities. The biggest difference is that LGG MAX has got four different strains. Just like VSL#3, LGG MAX is not in a position to deliver robust results to the users. However, it can deliver positive results to a larger group of individuals. If you are a person who deals with the frustration of gas and abdominal bloating, you can consume LGG MAX without having any doubt in mind.

LAB4 is another popular multi strain probiotic that you will be able to find out there in the market. It is made out of Lactobacillus acidophilus CUL21 and CUL60. All the credits for developing this unique formula go out to Cultech Ltd in Wales. The first ever clinical trial in order to analyze the effectiveness of LAB4 was conducted back in 2009. From the first ever clinical trial, it received positive reviews. This research went on for a period of right consecutive weeks. Almost all the patients who went through the survey experienced significantly positive results at the end of eight weeks. Therefore, it can be considered as another excellent probiotic that you can purchase from the market in order to overcome the frustration associated with irritable bowel syndrome.

We have now discussed six different probiotics, which can be used by people who have irritable bowel syndrome. It is up to you to go through these probiotics and spend your money on the perfect product, which matches with your preferences.