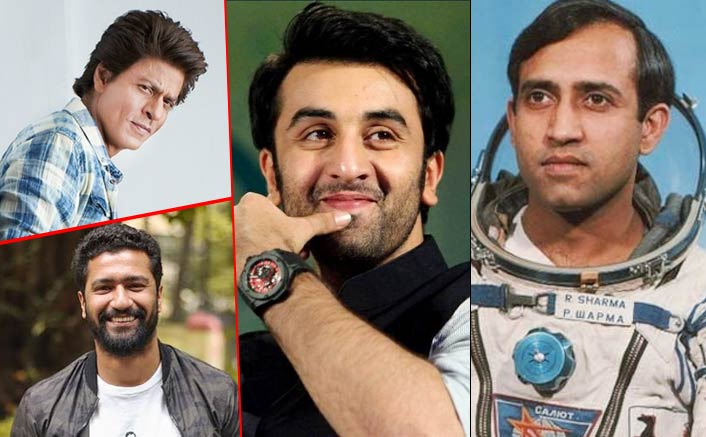 B-Town has produced many inspirational biopics till date and another is on its way to the production. This time the movie is on the first Indian to go to space which is being produced by Ronnie Screwvala. Rakesh Sharma’s biopic has been in the news since the movie was announced to be produced but no lead actor has been revealed as yet.

Sources say that the team approached Dangal actor Aamir Khan for the titular role but later the actor confirmed that King Khan, will be playing the lead in Rakesh Sharma biopic. Who can say no to commitments? King Khan is already busy with the sequel of his most wanted action series Don. It seems Mr. Ronnie is finding it hard to choose an actor for the lead role.

As the people and the media gossip about the role of Rakesh Sharma in the biopic, reports propose the names of some young actors including Vicky Kaushal and Kartik Aryan. Following his commendable work in Sanju, Ranbir Kapoor has also been on the list of producers for the titular role of Rakesh Sharma.

Fans are waiting for the official announcements as to which actor will play the title role in the movie. There is no announcement by the actor or producers as to the exit of Shah Rukh Khan from the movie’s predictable lead actors list. We are waiting for a blaster movie and let’s see who makes it to the list of the star cast!