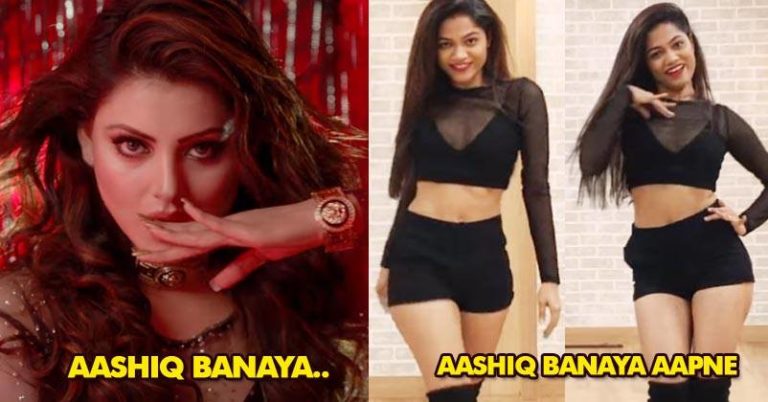 Priya Varrier became a sensation overnight with the help of the internet. The sooner, the internet makes you a superstar, with the same speed it can even replace you. This can be seen in the case of a girl, whose sensational moves have become a boon for her. The new recreated version of blockbuster Aashiq banaya aapne from Hate Story 4, must have reached the ears of many. But what is making it more popular is the dance moves of this girl. The recreated version, in Hate Story 4, features Urvashi Rautela and Karan Wahi. Even though the performance of Urvashi has left everyone sweating and spellbound, the internet girl has taken it to next level. Her video was instantly viral on social media. In this sizzling hot video, you can see a girl swirling the floor and the hearts on the beats of Aashiq banaya aapne.

Talking about the dance, she says that this has been one of her favourite songs. 12 years back, when it was released for the first time, she remembers dancing to it’s super crazy and fast remix as a kid. Now when she heard the recreated version, she just could not keep herself away from the dance floor. “After I heard this version of the song, I had to undoubtedly make a cover for it! So here’s my choreography on this fabulous song Aashiq banaya aapne from the movie Hate Story 4,” she says.