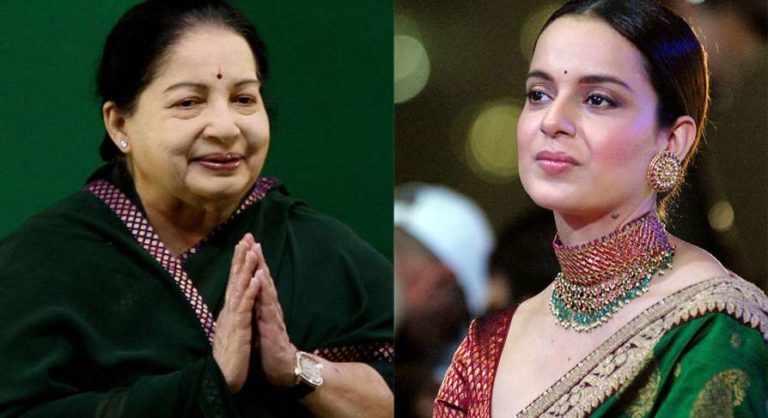 Bollywood Biopics have stunned the fans and have gathered more audience interactions leading to in Market for Biopic Films in the Industry. Kangna Ranaut has always been enthusiastic to in-act different roles in different regions and is now determined to pursue the lead role in MultiLingual Jayalalithaa’s Biopic.

Recently, Ranbir Kapoor has won Best Actor Award in Filmfare 2019 for Biopic of Sanjay Dutt. It has actually led fans to expect more such Biopics and the audience is actually loving such performances.

After the release of the film Manikarnika, Kangna Ranaut had disclosed that she will work in  Jayalalithaa’ Biopic titled Thalaivi. Now she has actually stepped in the shoes of Jayalalithaa itself by stating that “ I see parallels with my own journey in hers, but her story is much bigger than mine. In the first narration of the story, I could see myself doing the part because it naturally came to me. I actually could have gone ahead with my own biopic, but this was much more exciting”.

Being Enthusiastic in every character she wants to spread a multilingual Aura by performing a lead in Jayalalithaa’s Biopic. This would definitely add a feather to the cap of the career of Kangna

Do read about Saina Nehwal biopic.

Kangna Ranaut is pursuing Jayalalithaa’s biopic. In a recent media interview, she clearly stated that regional films have always attracted her attention. She also mentioned that during Hindi films promotion in the South, she witnesses thrive and lack of with the audience.

She also announced that Thalaivi is all set to release in September 2019. This is a much-awaited one for her fans as well.

Well, let us anticipate and expect good returns as well as good response on the upcoming Jayalalithaa’s Biopic.