Watch Live and Predictions of the clash between KXIP vs. SRH at Mohali on Thursday, 19/4/18 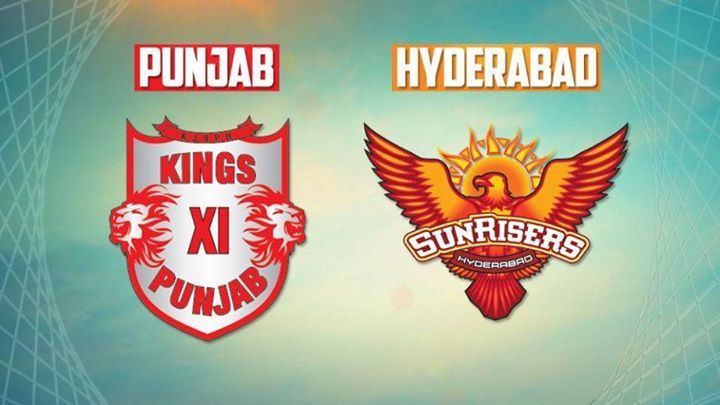 The 16th match of IPL 2018, going to be played between Kings XI Punjab and Sunrisers Hyderabad is going to be a very interesting match with both the teams struggling to secure apposition in the list of top4.
Match date- 19/04/2018
Match time- 08:00pm
Match venue- Punjab Cricket Association IS Bindra Stadium, Mohali, India

The match is going to be streamed on the Star network, you can even watch the live match online at Hotstar and JIoTV. Along with watching the match you can even earn money by playing the match predictions on JioTv. There is no negative score, either you win or don’t win there is nothing for you to lose. So, watch as well as earn, Double Fun! Double Dhamaaka!!!

Weather forecast- It is going to be a pleasant evening in Mohali with no sign of rain and humidity being low at around 27%.
Pitch report- The pitch is going to be relatively dry benefitting the batsman. There are chances of dew in the later half of the match. So, the team batting first is going to be on the better side.

Both the teams have played 3 matches in the league with SRH winning all of them and KXIP giving a tuft competition and after their last win against CSK it is sure this time it won’t be easy for SRH players. KXIP players are emerging as warriors with each match.

Predicted score- As said above the team batting first will be on the beneficial side. Thus, if KXIP bats first, the predicted score is 170+ with KL Rahul and Mayank Agarwal being in form and the Gayle storm which we got to saw in the last match against CSK. If SRH are to bat first, then the predicted score is 180+ with their 3 fabulous batsman line up who have chased in all the matches yet- Shikhar Dhawan, Wriddhiman Saha and the captain himself Kane Williamson.

Is eating Pork healthy? Risk and Benefits of Pork

Why Most People Reach their Fitness Goals with...