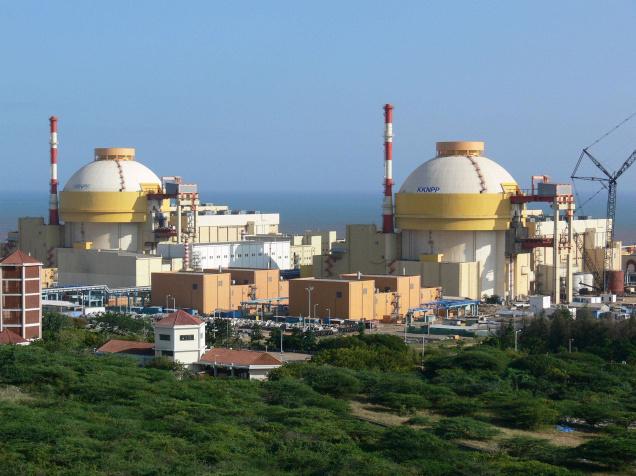 The Unit 2 of Kudankulam nuclear power plant has now reached the full capacity of 1K MW. It has thereby become the 2nd nuclear reactor in the nation to actually generate 1K MW. The Unit 1 that was actually re-started after the maintenance even touched around 800 MW during the same time.

The plant sources informed the news reporters that both of these units will be generating much more than 1.8K MW until the mid of April when the Unit 1 will be getting shut down for re-fueling, though the Unit 2 will still continue the power generation. The state of Tamil Nadu will be getting close to 1K MW from both of the units.

The site director Hari Narayan stated that the team has achieved a big milestone with the Unit 2 with 1K MW. Since the time of August the previous year, the unit has actually been generating power in various capacities and after reaching an almost full capacity, the tests were actually undertaken and this reactor was rebooted. Since that time, it has been generating power.

The unit will be undergoing more number of tests and will also continue generating power. Sahu stated that there will be totally uninterrupted power generation from the Unit 2, except for one small shutdown sometime later in the month. In the next couple of months, when this demand is more likely to be increasing, the unit will be generating power continuously without any single break.

Sahu went on to add that the grid is being monitored and it will be operating the unit just as per the need. In the meanwhile, the Unit 1 will be reaching the maximum capacity of around 1K MW and then continue until the mid of April.

Sahu stated that they will have to shut down the unit the next month for refueling. This complete process will be taking at least 10 days or may be even more. One of the senior Tangedco officials stated that his team is all excited about the Kundankulam reactors. He stated that the team is hoping that at least one reactor will generate power to maximum capacity in the summer since there is drought and it is extremely difficult to provide water for the thermal plants.

The Kundankulam Nuclear Power Plant is one of the largest nuclear power stations in the country. It is based at Koodankulam, which is in the Tirunelveli district of Tamil Nadu. The construction at this plant started sometime in March 2002, but it did face a lot of delays as there was major opposition from some of the local fishermen. Later on, the problems got sorted out. Now, this is great news that the 2nd unit is now all set to be starting its commercial operations.