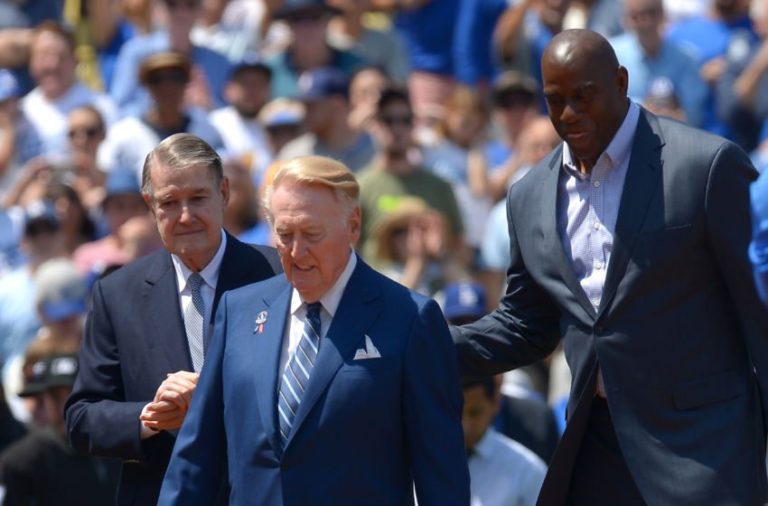 This Thursday, the US Department of Justice said that they settled the lawsuit of LA Dodgers broadcast problems. The suit alleged the DirecTV unit of AT&T and the allegation was that they had orchestrated a deal under the table with the competitors to not broadcast the single channel that displayed all the broadcasts of Los Angeles’ Dodgers baseball.

The settlement or deal was a much awaited victory for all the deprived Dodgers fans. However, this doesn’t necessarily lead the fans in seeing their team more in this season on TV.

The officials familiar with the settlement said that this deal would make sure that the companies in the settlement will no longer be making agreements that prevent other competitors from offering the network channel to try and lure customers. AT&T spokesman Fletcher Cook stated on Thursday that they are pleased to have finally resolved this matter to the complete satisfaction of all the involved parties.

All the fans of Dodger were distasteful of the fact that they were only able to watch the games of their favorite team for the past three seasons through Time Warner Cable that is currently owned by Charter. But this bitterness might not end just yet. There was no order by the government to AT&T to carry SportsNet LA. The settlement was just that this deal could happen in the future and prevention of the dealing to happen was taken.

This settlement also required the involved companies to start monitoring certain communications that the programming executives have with the rivals and also implement training and compliance programs for antitrust.

The Justice Department’s Antitrust Division’s Acting Assistant Attorney General Brent Snyder said in his statement that when the competitors email, text, or share information that is confidential or sensitive at a strategic stand point with each other to avoid the competition, the loss is of the consumers.

DirecTV is the ringleader according to the government as it was the only company that talked to a lot of rivals unlawfully. The government also said that the executives of DirecTV acknowledged that they would be in a stronger position as a satellite TV Company if the other TV providers do not carry SportsNet LA.

The General Counsel of AT&T, David McAtee said in the month of November that the satellite and cable TV providers chose not to carry SportsNet LA because the companies didn’t want to pass the prices, which were inflated, to the customers for a complete channel that is devoted only to LA Dodgers.