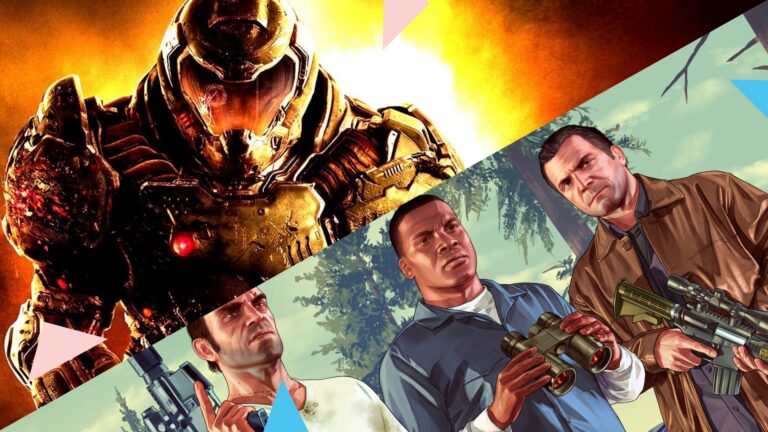 The video gaming industry might be popular, but very volatile. Despite being a multi-billion-dollar industry, the fate of many market leaders was sealed over the years, due to constant failure. And although this might be a difficult topic to discuss, in just a span of a few decades, hundreds of video gaming companies have gone bankrupt.

On the bright side, a couple hundred more companies have come up since. Thus, maintaining a semblance of balance. But, the loss of entire teams is hard to digest, especially since they gave us some memorable games over the years. On that note, here’s remembering five notable game development studios that no longer exist. But first, if you’re interested in iGaming and would like to try your hands at the sport, visit Casino Rocket, the most popular online casino in Australia.

Originally called EA Redwood, Visceral Games created some very memorable titles over the years, especially during the mid-2000s. Remember the Lord of the Rings, Dead Space, and 007: Everything or Nothing? Just a few prominent creations from back in the day. The tides began to turn when EA overestimated its abilities after two successful Dead Space titles, and inadvertently, the third one tanked! Visceral’s last big project was Ragtag, but the studio closed mid-production and the title was handed over to EA Vancouver.

When you talk about real-world strategy games, few did it better than Ensemble Studios. One look at its portfolio and you’ll see what we mean. Credited for creating some of the most successful strategy games during its hay day, the list includes Age of Empires, Star Wars Galactic Battlegrounds, Age of Mythology, and Halo Wars. However, the lack of diversity, the cancelation of two major projects, and an oversized workforce led to the slow demise of the company in 2009.

Lionhead was known for its distinctly British video games like Fable and Black & White. One of the major reasons for the studio’s ultimate downfall was its co-creator Peter Molyneux, who had the habit of overhyping the upcoming releases only to disappoint in the end. After Microsoft canceled Fable Legends in 2016, things started going downhill for Lionhead Studios and the pug was pulled soon after.

At the peak of its success, Midway was the fourth-largest gaming studio and was responsible for creating some of the most high-celebrated video games of the time. A few of its earlier mega-hit series included Space Invaders, Defender, Galaga, and Pac-Man, while later hits include NBA Jam and Mortal Kombat. Unfortunately, the studio suffered a massive roll-back during the 2000s, which forced them into bankruptcy towards the end of the decade. The company went under in 2010.

A legendary name in Sony’s PlayStation circuit, Neversoft is responsible for creating some of the biggest hits of its time, including Spider-Man, Tony Hawk’s Pro Skater, and Guitar Hero among others. While Tony Hawk failed to meet its projected sales numbers, the studio managed to stay relevant with the Guitar Hero series. However, the business reached its saturation point soon after, forcing parent Activision to merge Neversoft with Infinity Ward, the creators of the Call of Duty series. Neversoft officially shut down on July 10, 2014, two decades since the day of inception.

The modern video gaming industry sorely misses mid-tier development studios. These are best defined as companies that slot right between the AAA or the big-budget companies and the low-budget studios. Vancouver-based Radical Entertainment was one of the greatest AA studios best known for titles like Prototype, The Simpsons: Hit & Run, and The Incredible Hulk: Ultimate Destruction. Although Prototype 2 was critically acclaimed and well-received, the game sold fewer than a million copies worldwide. Today, Radical has been reduced to a shadow of its former self and languishes as a support studio for Activision.

Unlike most of the other names on this list, Clover Studios shutting down is less regrettable as the original creators currently operate under the guise of Platinum Games. However, the latter’s reputation isn’t as robust as Clover. And although Clover was just around for three years, their track record includes a slew of popular titles like Okami and Viewtiful Joe. Clover’s last venture God Hand was commercially successful, but parent Capcom still decided to shut the team down in 2007.

This Los Angeles-based gaming studio was independently run for most of its lifespan but was taken over by Electronics Art only to be shut down two years into the acquisition. Pandemic was a powerhouse for a decade, specializing in third-person action titles like Star Wars Battlefront, Mercenaries, Full Spectrum Warrior, and The Sabatouer. Although the studio launched Mercenaries 2 and Destroy All Humans in 2009, the titles went on to be sales disappointments, forcing EA to shut Pandemic down on November 17. 2009.

The decline and bankruptcy of Free Radical Design are perhaps one of the most tragic tales of the video gaming industry. The creators are best remembered for titles like Star Wats Battlefront, Timesplitters, and Haze. The studio was working on the third installment of the Star Wars series when parent Lucasarts decided to pull the plug on the company following the poor reception of Haze. Fans had a brief moment of relief as Crytek took over the studio in 2009 and the firm was called Crytek UK. But the glory was short-lived as the studio officially shut down in 2014.

Liverpool-based Bizarre Creations established itself as a pedigree racing game designer with popular titles like Project Gotham Racing, Blur, and Geometry Wars: Retro Evolved. Bizarre made a name for itself in the gaming community before diverging into console gaming. Things started getting downhill in 2007 after Activision purchased the studio from Microsoft. A few failed titles later, Bizarre Creations officially shut down in late 2010, almost two decades since inception.