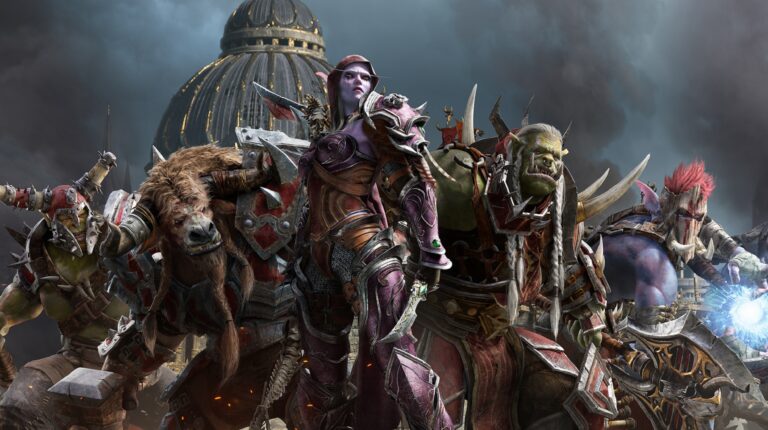 World of Warcraft or WoW for short is one of the most played and popular MMORPGs that was ever invented. There is not a single gamer out there that doesn’t know about it and that hasn’t at least once tried it. Those that gave it a try probably fell in love with it.

What is interesting about this game is that it has a steep learning curve, you need to invest yourself in it to learn its ins and outs and to get the knowledge most new players take for granted. When we say you need to spend hours grinding to reach the max level of your character, we do mean hours and hundreds if not more. According to our research, one of the most loyal and familiar Wow players has managed to clock in more than 1500 DAYS of playtime in the game. It is safe to say that this guy knows this game as he made it himself. If you want max level for your character and the perks that go with it you don’t need to spend that much time in the game, to speed up grind significantly, you can opt for https://buy-boost.com/wow.

Now without further ado and without offering you just one option on faster levelling, we will give you some tips that you can utilize and reach level 10-50 in 6-8 hours depending on your skill and available game time. Let’s get started!

Now you do know that you can utilize your XP boost and that it will significantly reduce your levelling time, but if you want it, you can save it for now and try and activate it later on if you get tired or ready to quit. Make it like you are incentivizing yourself later on for sticking to this task for so long.

Now let’s start with some basics regarding faster levelling up. For a quick level up, you can opt for Warlords of Draenor which is good thanks to a good quest density with them being laid out in an efficient manner which is also important if you are doing a quick level up like we are here. It also hosts a lot of bonus objectives across all of the zones and if you didn’t know so far, those reward XP very, very generously. Treasures were worth a lot of XP when they were discovered but now it just isn’t viable to go after it. This is why those bonus objectives will get you a lot faster to where you want to be.

The next thing on the list of faster levelling up is the try-hard method. Here we need to mention items, The Draft of 10 Lands. This is the only working experience potion and it will work from level 1 through 50 and it will increase XP by 10% for one hour whenever you use it. It is obtainable through Warfront currency and if you have been playing at all you probably have some that you can spend on this and give yourself a decent boost. What you can also use are the XP banners but those are somewhat poultry and they only apply to mobs.

The next thing you can use to give yourself some edge is Goblin gliders that are awesome for getting around quickly. If you combine those with potions like Skystep, Lightfoot and draining swiftness which also gave you a movement boost. This will all give you an edge that will matter when you consider the time u needed to get to the max level. They will not help much when gathering XP but they will get you from place to place and quest to quest very quickly.

Add-ons play a great role in your speed quest from level 1 to 50. There are two add-ons we would recommend using and it is the autopilot option that will give you the best route and will avoid any meaningless tasks along the way. Liatrix plus is another add-on that you should consider solely for the stuff like automatically selling junk as well as fast loot and auto quest pickup functions/turn in functions which are icing on the cake.

Believe it or not, on the runs like these the route efficiency is the most important and treasure runs and good quests are what should be in your focus the entire time.  What you need to do is also focus on the core quest in your location plus doing all bonus objectives in the zone. If you rely on that autopilot feature you can also expect faster quest as well as the spawning of bonus objectives that will be dense with packed with XP, but more importantly, they will be easy to do. It’s like you are handed the XP for little to no effort – neat.

Doing all of these main quests as well as bonus one with the best routes possible you will need 6 to 8 hours to reach level 50. Now we have heard of players complaining about weird scaling issues where some quests and bonus ones didn’t yield the amount of XP that they are supposed but we will write those down to bugs that should be fixed by now. The frame time we gave you (6-8 hours) is considered you do all missions correctly and in the best possible way, but given the fact that most of you that are reading this will be new to the game or just simply want to level up another account, you may make some mistakes along the way and fall out of “the perfect rout and way”. For those that will do this expect your levelling time to be closed around 10+ hours which when you think of it isn’t that bad as well.

Whatever the reason for your speed levelling quest we wish you all the luck out there and the shortest possible times. Sometimes your game and RNG Gods need to align to have the best possible result, and if that doesn’t happen to you do not despair, play the game and have as much fun as possible, the XP will be there. Happy questing and remember that you always have those XP boosters available so make sure you utilize them good.