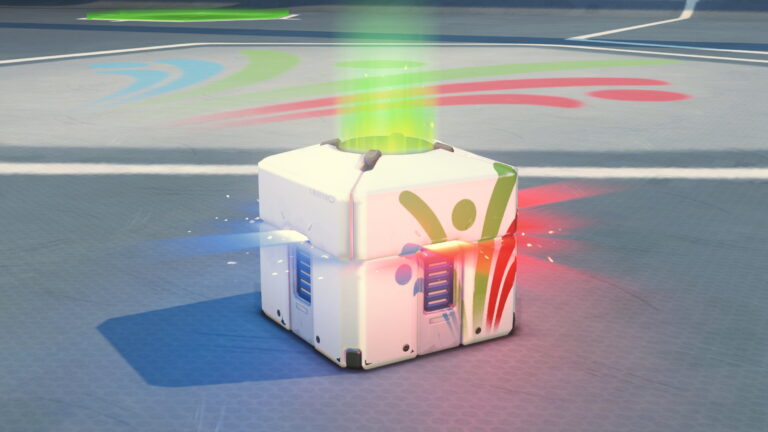 Gaming news has been abuzz over the past year for a multitude of different reasons – player numbers increasing during the lockdown measures, new releases, and even the rapidly growing esports scene that continues to capture attention too. But lately the news has been involved for the wrong reasons, as more news around loot box systems and how they’re impacting the larger gaming market – but the real question this brings is whether or not loot boxes, in their current state, are a gambling gateway or just a fun pastime.

The most notable change comes after Dutch courts have ruled that EA must be fined up to €500,000 per week until an agree figure for every day that the player packs remain in the game – whilst EA did protest the decision it did little to change the fines being issued, with part of the argument being that the player packs offered no real world value outside of the game – however in similar instances a market has developed for players to trade these for real currency and develop a market from doing so.

The most notable case had been within popular esports title Counter-Strike: Global Offensive – back in 2013 an update introduced crates in to the game that contained cosmetic items of varying rarities, there had been some initial kick back as the crates replicated a slot machine both in appearance and sound and with online casinos growing where many available here aren’t subscribed to regulation such as Gamstop, there had been fears that the younger audience would be attracted to gambling because of this. An existing market had already been developed for CS:GO, however, and by 2016 it was suggested that the trading market for these cosmetics reached an estimated $7.4 billion – a huge figure for something that had been considered to hold no real value.

Other countries have also taken steps to prevent loot boxes from growing, the UK recently asked for all evidence to be submitted that would suggest the loot boxes could be considered as gambling with future expectations that fines, and bans could be issued moving forwards, and as many operators have already found a way to avoid many of the loot box restrictions that have been put in to place, a heavier more blanket approach seems to be needed to slow the growth.

Not only the UK started investigating loot boxes phenomenon, but Belgium and Sweeden as well. Inspired by these countries, the U.S. decided to create tools for regulating this issue. These are the counties in which loop boxes have become illegal. On the contrary, it’s been proven that countries such as Ireland, Germany, Australia or Denmark haven’t found any legal or other consequences connected to loot boxes as a gambling activity. Actually, their investigators said there’s s no link to gambling at all. Who to trust and are these games really designed to exploit children? It al goes down to parental advisory.

What’s so problematic is the fact that they can be bought for real money or earned as a reward when opened. This, paired with amazing design and attention-catching features, is what attracts people of any age, even the youngest. If they indulge in the world of these games, they won’t be able to differentiate this activity from other, regular video games, but the games’ nature will remain lucrative and may end up teaching them certain gamble-like behaviors and unintentionally sucking them into the system that they shoul avoid. The research shows that the majority of participants who play these games, were under 18. When exposed to oxytocin-boosting, highly-addictive content like this, it’s more likely for them to develop gambling habits later on in life. Isn’t this alarming enough?

Even if loot boxes aren’t being considered as a gambling activity, there still are some cases where children were discovering how to play it and have spent hundreds or even thousands of dollars whilst playing. As a very efficient marketing strategy, players are being offered special game improvements, fantastic weapons, clothes or other goods to enhance their chances of winning or a more competitive edge – if they choose to spend their money on purchasing those items. Is it something that can be compared to playing a game at the slot machines? Probably not. Still, it remains a high addictive content that has been made for enhancing, upgrading and improving the players’ experience by leaving them no choice but to take the required steps.

If you can get a whole new package of weapons needed to win the game, or a fantastic attire that would make your alter ego in the game more sophisticated, beautiful or strong, small amounts of money such as $3 or $5 doesn’t seem like too much money for everything you can get? However, excessive and repetitive spending, may multiply this amount of money and make it into enormous investment, somewhat similar to online gambling – in the long-term. According to some surveys, the amounts of money gamers will be spending on loot boxes in a huge variety of games, may surpass $50 billion per year. Sounds like something that doesn’t have to be regulated by governmental institutions? Not really.

The main thing to keep in mind is the fact that the house always wins. You’re basically paying for the hope that you’ll get the deal. This process has so many elements in common with trying your luck with online gambling games such as online slots or poker. This is exactly the reason for thorough regulation of these services.

It may still take a little time for any more permanent change to happen, the issue with loot boxes and microtransactions has become so widespread that it has become a common feature in many of the most popular games in the world and there will certainly be some pushbacks – but if it can be determined that loot boxes are leading to rising numbers of young players gambling, it can be almost a certainty now that many will be forced to completely remove the systems from their games or face heavy penalties, particularly as the existing markets have become so large it is difficult to ignore the wider impact they’ve had on gaming as a whole. We can only wait to see what the future brings.