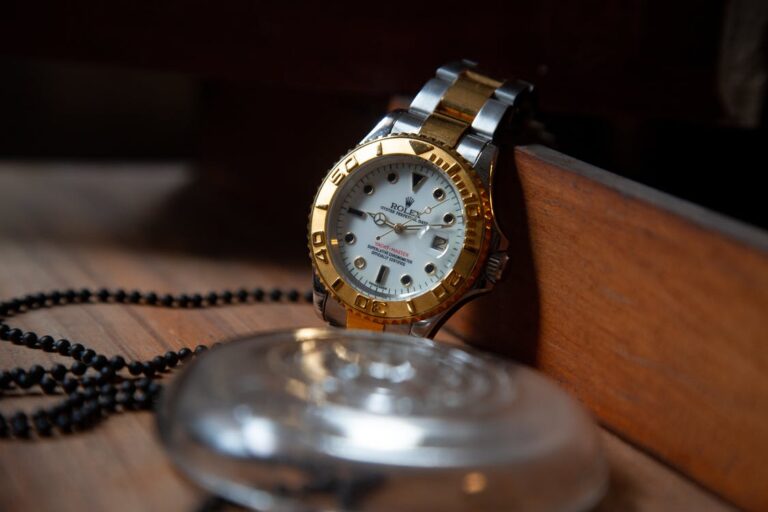 The biggest, most common accessory for men watches. There are many watch brands available on the market from cheaply made watches from $10 to custom hand-made designer watches that will cost you more than 7 figures.

When it comes to athletes, they’ve always been trendsetters. For example, Michael Jordan’s popularity skyrocketed the sales of Air Jordans. This means that athletes have a bigger influence when it comes to fashion, rather than their usual athletic shoes or sports equipment.

Most famous athletes nowadays have at least one luxury watch at their disposal, and some of them have been attracted to collecting watches and signing official endorsement contracts.

In today’s article, we’ve made a unique collection of luxury watches worn by famous athletes. Let’s take a look.

Before Neymar became the highest-paid footballer signing with PSG, he walked into a GaGa Milano boutique in Japan and spent close to 200K on a watch. Now, he is a brand ambassador for GaGa and he even has his own line of watches.

The best thing about Neymar’s GaGa watches is the numbers 10 and 11 (which were the numbers he played for Barcelona and his national team). Each watch has a different feature for that number, making them different from all other numbers.

David Beckham is a retired football player, a living legend, and a stylish guy that loves his watch collection. Mostly known for his tireless work on the field and incredible skills, Beckam now spends his time helping other people through charities, especially for children and education.

A few years ago, he became a brand ambassador for Tudor luxury watches, and he is often spotted wearing a Black Bay Bronze.

If you haven’t heard of Tudor Luxury watches, don’t worry, they are not a starting company on the market. In fact, they co-created watches with Rolex for many years, which shows that we are talking about a serious company.

The American football legend Tom Brady got involved with Tag Heuer to design a special edition Chronograph 01 after his fifth Super Bowl victory. We are talking about a 43mm watch with a blue dial, date, and constant seconds.

In the middle of the watch, we can spot the number 12, highlighted in red color which was his jersey number. However, the symbolism doesn’t stop there. This watch has 466 pieces in honor of Brady’s total passing yards on the match between the New England Patriots and Atlanta Falcons in the Super Bowl.

According to Forbes, Cristiano Ronaldo is currently the second-highest paid athlete in the world. With that, you can expect a pretty stunning watch collection.

Most of his income comes from endorsements, and Tag Heuer is one of his many sponsors. That’s why they decided to make a special edition CR7 Tag Heuer watch that comes with a black-and-gold color scheme that is instantly noticeable.

You cannot miss the huge CR7 logo in the three o’clock position, and the watch has a chequered-pattern dial. Despite having a watch designed specifically for him, he is often spotted wearing a Carrera Heuer-02T when he is not playing on the field.

Michael Jordan is considered to be the best shooting guard of the NBA according to BetAmerica and consensually the best basketball player ever. He also has the highest net worth in the history of NBA, mostly due to his lifetime contract with Nike.

Back in 2016, Michael Jordan received the Presidential Medal of Honor. At the ceremony, he was spotted wearing an IWC Big Pilot Platinum (Limited edition).

This is a very rare watch, as IWC only made 500 of these watches between 2003 and 2006, so buying one nowadays is pretty impossible. These watches are known for their insane durability as they can withstand extreme temperatures, as pilots faced in unheated cockpits.

Also, for their unique design with extra-large crowns which helped gloved aviators to check their watches when necessary.

Considering that we are talking about some of the biggest wristwatches in the world, it looks tiny compared to Michael’s large hand.

Conor has become the first choice when it comes to online MMA betting and he is also known for showcasing his wealth on social media platforms. He couldn’t resist showing us his incredible Rolex watch in a recent social media post that caught the attention of many people.

Even though he has an extensive watch collection including pieces from Frank Muller, Patek Philippe, Audemars, and Piguet, the Rolex Sky-Dweller really suits him well.

This Rolex is designed to track dual time zones, an annual calendar, and a ring command bezel that helps global travelers keep track of time without calculating hours.

It is uncommon to see athletes wearing watches, especially in a physical game like football. However, Odell Beckham showed up with a Richard Mille watch that costs nearly $200 on his first game with the Cleveland Browns back in 2019.

Even though the watch didn’t help him win the game, it definitely caught the attention on social media.

This is partnership between Richard Mille and McLaren resulted in a unique timepiece that highlights their cars. The watch is lightweight since it is made from revolutionary lightweight materials and very durable.

This is another athlete that loves his watch collection. Particularly the Richard Mille RM 27-03, as he is seen playing with the watch on many matches. This beautifully made orange watch really accents his wrist and can really take your attention from what’s happening in the game.

You might wonder, how would he play with such a big watch strapped to his wrist?

Don’t let the size fool you. This specifically designed watch weighs only 20 grams. It is made from unique materials that make the watch lightweight and at the same time very durable.

Despite its incredibly small weight, the watch can withstand 10,00Gs of force, which means that Rafa shouldn’t worry about breaking it while playing.

These are some of the best luxury watches we’ve seen worn by elite athletes.

They definitely have the resources and the style to own such unique pieces, and a great way to add a personal flavor to their outfit.