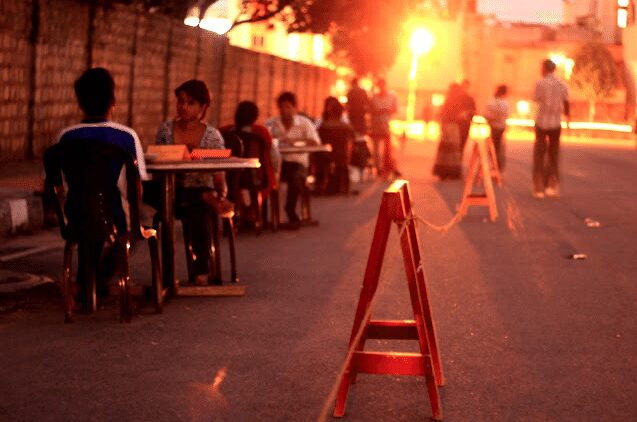 In the vast city of Bangalore, a short stretch of road near the Srishti School of Art and Design is infamous for the dread it evokes in the mind of the routine female passer-by. The street, notoriously known as the rapist street of Bangalore usually keeps abuzz with drunk, illicit men unable to comprehend their actions, lurking in the nooks and cranny of the street. The natural instinct of a woman on this street would be that of concerned, sometimes frightened apprehension, and very understandably so. The occurrence of crimes against women was on a high-rise and allegations of harassment faced by them while commuting via the street very commonplace when a few volunteers from the Institute in collaboration with the grassroots group ‘Blank Noise’ came up with an interesting social experiment.

The ‘rapist street’ of Bangalore was set as a stage for open conversations. Five tables with two chairs each were arranged on the street, one volunteer called an ‘action hero’ handling a table each, inviting random people on the street to come have a conversation with them. The absurdity of such a conversation was checked by staying confined to vague topics and keeping the sensitive topic of street sexual harassment at bay. The initiative called ‘Talk to Me’ was an unconventional intrigue to the minds of people living in the closets of their narrow mindsets.  The conversations are pleasant and end with the action hero presenting their conversation-partner with a flower. The unique concept has now captured the fancy of the people in the area and is vying towards making the rapist street the safest street in Bangalore. 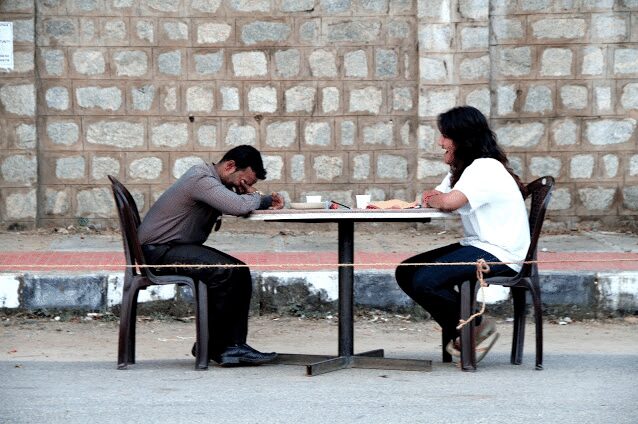 Blank Noise has been associated with the battle with crimes against women for long now and aims at creating an atmosphere for friendly, open conversations where ideologies can be exchanged and perspectives changed. They have been vociferously raising their voices since their inception in 2005 and are determined to change the current scenario for women. Blank noise’s founder Jasmeen Patheja says that her objective has been to make Bangalore’s rapist lane the now safest lane and truth be told, she has somewhat succeeded in bringing about a change.

The scale of sexual violence prevalent in India is further growing at an alarming rate and the situation won’t change much before the mindsets of people who inhabit the society we live in change. And the best way of changing or even influencing their thought process is to have an honest, open-ended conversation with both the fearful and the feared.

Blank Noise decided to engage the students as its volunteers because of the relevance that the problem held for them. It was the students of the institute who were most affected by this kind of behavior and the experience of catching hold of random strangers and making them talk and conversing to them themselves in the first place was groundbreaking as well as heartening for many of them. They were able to connect to the problems of the party in front of them and each one of them took something home- a lesson, a thought, a memory, and in some cases confidence.

The ‘Talk to Me’ initiative underlines the importance of healthy conversations that should happen more often in public places and how such small steps consistently taken in the right directions can help most of our problems vanish and make our lives easier and streets safer.