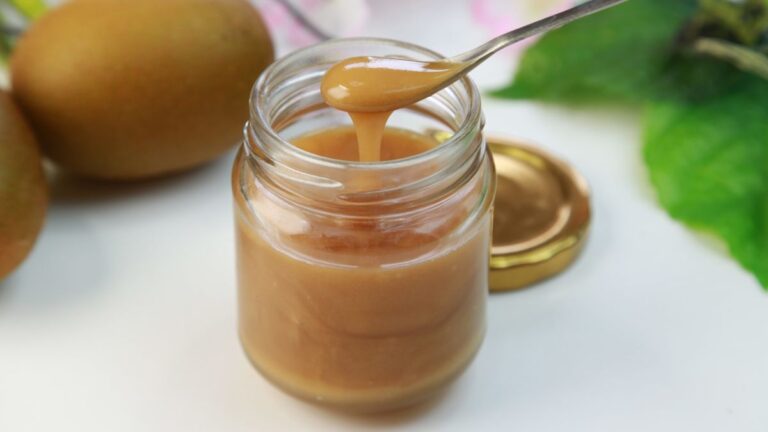 Honey is oftentimes described as a cure-all thanks to its health benefits and ingredients. But is every honey the same? Generally speaking, its medical and antibacterial activity has been documented in some of the world’s oldest medical literature and is well-known to possess wound healing power and other health effects that humans have been using since the ancient times. However, if there were a honey that is special for many reasons and is a life changer wouldn’t it be something you want to have in your home?

Imagine you have a serious wound that needs to be treated with medication. Also, imagine having a sore throat and be worried about your health in times of pandemic. Can all this be treated with just one ingredient? Oh, and acne as well. And cystic fibrosis. It may sound unbelievable, but all you need for the treatment of these conditions is a jar of gold sticky magic.

Strong Australian Manuka honey is one of the healthiest foods you can consume. However, the honey itself has to be pure and sustainable, so that you can indulge in all its benefits. Pacific Resources International is a good source for finding different types, strengths flavors, and everything you wanted to try but haven’t got the chance!

The science behind manuka honey

What’s different about it compared to the other kinds? This is where a bit of science comes in. The antimicrobial activity in most of them is a consequence of hydrogen peroxide enzymes that give them their antibiotic quality. However, when you remove the hydrogen peroxide, the only honey that keeps its ability to kill bacteria is Manuka. Why is it so unique? It is recognized for its unusually plentiful content of another antibacterial compound, called methylglyoxal or MG. Compared to small amounts of this compound in other honey, this one is rich in MG thanks to the nectar of Manuka flowers that bees use to produce this superfood. Before you decide to purchase a jar or two, you should pay attention to a scale for rating Manuka honey’s potency that’s been called Unique Manuka Factor. The UMF reflects the concentration of before mentioned MG. Potent enough to be therapeutic are the ones that have a minimum rating of 10 UMF. Everything above this level is considered as UMF Manuka Honey or Active Manuka Honey and means that it can be used for medical purposes. Manuka honey 20+ is the strongest one in the game since it has the highest level of beneficial compounds. Aside from MG, this honey bee treasure contains healthy natural components such as dihydroxyacetone (DHA) and leptospira.

How’s it being made

It is produced by bees, from the nectar of the Manuka tree. This bushy plant is extraordinary itself so it’s no surprise that its products are so rich in healing properties. It grows in Australia and New Zealand and has been well-known from the past, as the native Maori used its honey and oils for most of their medical problems. A delicious treat for bees and an excellent shelter for their hives is what makes these two countries the only places in the world that produce honey with such astonishing healing qualities. Beekeepers harvest nectar from these magnificent plants and that’s how you get your honey!

When it comes to our skin, honey is well-known as a perfect aid for wounds, burns, sores, and boils. Almost anything that happens to your skin can be treated with manuka since it enhances wound healing, regeneration of tissue, and even decreases the amount of pain you feel. This is possible because it’s making a protective barrier that prevents wounds from getting infected, at the same time killing all the bacteria that are already inside. It can even help with diabetic ulcers! Its benefits can also be seen after eye surgeries for the healing of the eyelids, it can also help reduce scarring, making the scar less stiff and painful and making the skin recover faster than usual. Studies have shown that manuka honey is creating an acidic environment that is fantastic for wound healing and it can even be used in combination with conventional wound treatment. In both cases, it will raise the effectiveness of the treatment compared to conventional treatment alone.

It also reduces inflammation and attacks bacteria that cause pain making it a great partner for fighting a sore throat and other infections and viruses in your body. Throat soreness can also be caused by mucositis, a common side effect of radiation and chemotherapy. The way it does its magic is by coating the inner lining for a soothing effect, which results in immediate relief. It is also an impressive natural cough suppressant, proven to be as effective as common medicinal cough suppressants.

Supporting digestive health and helping to fight against gastric ulcers, it provides an anti-inflammatory effect in the same way it does it on the skin. H. pylori are one of the most common bacteria responsible for gastric ulcers. However, studies have shown that eating one tablespoon of manuka honey a day makes great results after several weeks. There have also been some signs of help with acid reflux and conditions like colitis, as well as preventing gastric ulcers induced by alcohol. Not only that, consumption on a daily basis can help with various digestive disorders such as constipation or diarrhea, abdominal pain, and other problems. It also attacks strains of bacteria that may be the cause of the inflammation of the bowel. The same conditions are usually being treated with antibiotics but it will do no harm to at least try to combine this ingredient with your regular medications. Not only the manuka honey can help you with your stomach and digestion, but it can also help you with your lungs as this honey can play an important role when it comes to treating upper respiratory infections and very serious conditions such as cystic fibrosis. It does it by attacking harmful bacteria and inhibiting their growth.

It is simple to test its benefits. Take one teaspoon up to three times a day, and try to avoid food or liquids an hour before and after. This way, you’ll get the full strength of the honey in your system and you’ll see how it feels. It can also be a part of your morning routine! Replace your coffee with a bit of Manuka and live a healthy life.

Manuka honey benefits are yet to be explored to the fullest. From what we’ve known so far, this superfood is something that should be used without doubt, as a natural immunity boost, for preventing any possible health problems. Not only that, it is an effective yet natural solution for some of your already existing problems. Where can you find a remarkable treatment that can accelerate the healing process, while being so delicious at the same time? The answer is simple. It is nature’s gift. Try it!