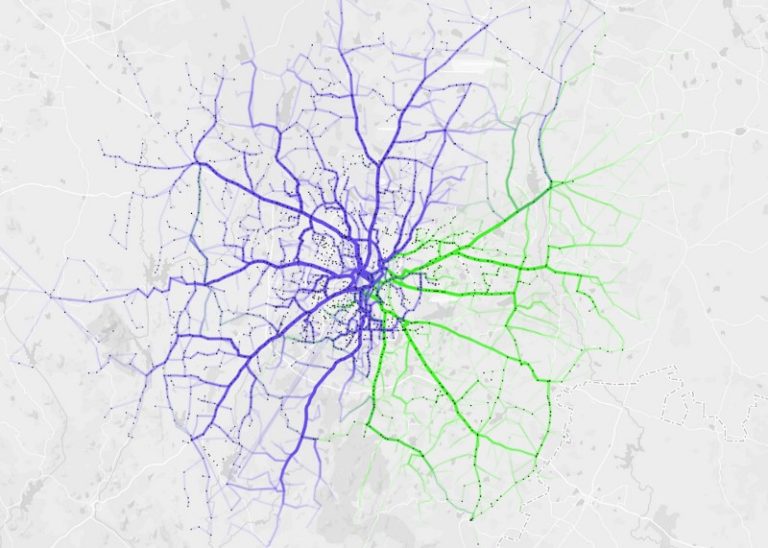 As urbanization is rapid the growth is parallel in every field so that it can supplement and support various activities to sustain the progress. Transport is without a doubt one of the major concerns of any government in a developed city and to maintain its standards according to changes is always on the go to address the needs of the majority of the population who rely on public modes of transportation on a day to day basis.

The BMTC is well known for its long routes of travel operation and operates over 2000 routes. Because of its longer routes the need for changing modes of transport on a frequent basis is not required and is quite convenient for the commuter. The longest course is named route 600 and covers 117 kms in a roundtrip throughout the city of Bengaluru and covers the northern and the southern part with the same circulation covers a wide area of distribution.

The BMTC in 2016 went digital with the Intelligence Transport System which at the same time acted as a data tool which provided very indepth large data about the transportation scenario and enabled BMTC to determine decision and strategy implementations  and also helped the commuters in choosing which mode of transport to travel in which provided data and valuable information. The ITS has four major components which are:

The growth of technology has made efficient transport systems in Bengaluru and helped in collecting massive information to enable government agencies for taking effective and proper policy making in relation to public commuting.