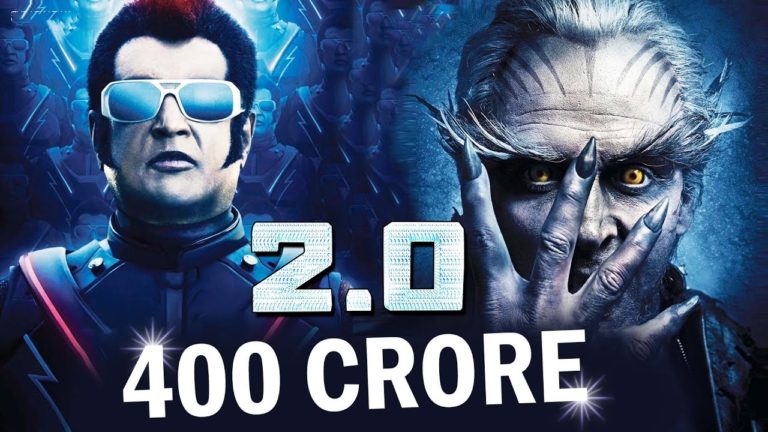 As it is said ‘Slow and steady wins the race’, despite its slow start, Rajnikanth and Akshay Kumar starrer 2.0 is breaking records with each passing day. This VFX heavy movie has acquired the third position in the highest grosser list. The movie has overshadowed Aamir Khan’s megahit Dangal just like an eclipse over the planet.

The Highest Grosser of The Year

Crossing the 600 crore mark, the movie 2.0 is labeled year’s highest grosser at the worldwide box office. But if we talk about the Indian Box office the movie still has to surpass both the parts of Bahubali. It took only 13 days for the movie 2.0 to beat Aamir Khan’s super smasher Dangal next target of the movie seems to beat the domestic collections of the first part of Prabhas starrer Bahubali: The Beginning.

This Shankar directorial has beaten Dangal’s  Rs.380 crore’s mark at the domestic box office. The major advantage which the movie 2.0 has got is that there is no other noteworthy movie release in Bollywood in the same days. The other candidacy against the movie is the two Hollywood movies Aquaman and the animated movie Spiderman: Into The Spider- Verse.

As far as the Indian audience is concerned this Akshay Kumar and Rajnikanth starrer movie 2.0 receives the highest priority mark against the two Hollywood releases. The movie is making a big amount and is still continuing. This Bollywood release has been largely accepted and loved by the audience worldwide.

The two famous superstars have given an even bigger super hit increasing their fan following to masses worldwide. It is pride for the Bollywood and the country that our people are producing such content that is being appreciated by the spectators all over the world.