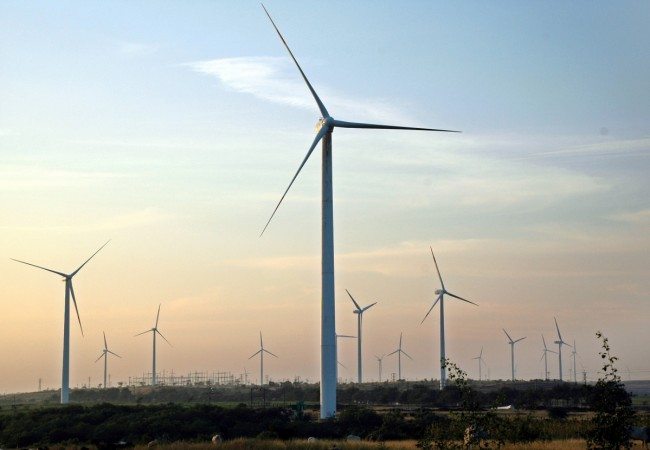 Sustained by the fall in tariff to record a new low of Rs 3.46 /unit in the 1st auction of wind power, the Indian government is trying to put in more such projects by the next financial year

Piyush Goyal, the minister of Coal, Mines, Power and New & renewable energy said, “Transparency which is the hallmark of the Modi government, has brought down the tariff of wind power. There will be more and more such projects on the block.”
He was asked if wind power tariff would fall due to the competitive environment to which he replied telling, “That is the beauty of tariff based competitive bidding. We cannot predict the tariff. It is the bidders who decide what price should be quoted. I cannot interfere in that.”
Piyush said that earlier the tariff was over Rs 5/unit, the reason being the lack of transparency and the high rates.

Rajeev Kapoor the secretary of New & Renewable Energy said, “We will be looking at more wind power projects auction in the next financial year. We will formalize it. We have not decided yet on the quantum as it all depends upon the states demand because the projects are backed by them.”
Until now, the wind power tariff was decided based on factors like cost of equipment, land and borrowing expenses.
However, for a period of 25 years, the feed in tariff used to stay constant and as in case of thermal power, here in wind power there was no fuel cost included.
One of the industry experts cited yesterday that the feed in tariff wouldn’t thrive for a long period. After the 1st successful auction there would be more auctions in the wind energy segment.
The wind energy tariff touched all new low record of Rs 3.46/unit in its 1st ever auction held last week by Solar Energy Corp (SECI), which is a state-run organization. The auction witnessed lowest bidders in the form of firms like Mytrah Energy, Inox Wind Infrastructure Services, Green Infra Wind Energy, Adani Green Energy and Ostro Kutch Wind.
Though the advisory board from the industry had warned against bold bids, the auction did witness aggressive bidding from the companies.
The Indian Wind Turbine Manufacturers Association had issued an advisory to few of the key players prior the auction in view of qualms due to the Goods and Service Tax (GST) implementation.

The auction holds a big significance since India has set a target of achieving 60 Gigawatt of wind power energy capacity by the year 2023.
The wind power energy deployment in the India started in the early 1990s. As of now, the wind power capacity installed is nearly 28.7 Gigawatt, accounting for more than 9 percent of the total capacity installed (314.64 Gigawatt) as of January, 2017.
In terms of wind power capacity installation, India has placed itself comfortably in the fourth position following China, the US, and Germany.
India targets at achieving 175 Gigawatt power from renewable energy resources by the year 2023 out of which wind power has a slot of 60 GW.