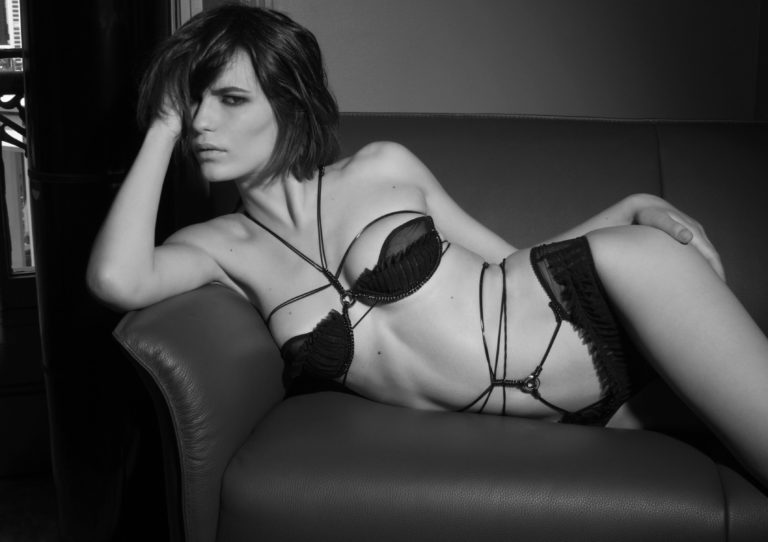 People who have lots of money love to spend it on luxurious houses, unbelievable vacations, and fast sports cars. But there are a few extra things that women love to spend their fortunes on. Women love to have an expensive wardrobe, handbags and shoes are on top of their lists, but there is something else. Some wealthy women love to spend their money on the most expensive underwear in the world. You may now think that if someone has money it is okay to spend a couple of hundreds of dollars on underwear, but the prices go much higher. If you want to know what are the most expensive pieces of underwear for women out there, keep reading this article.

The first piece of expensive underwear is really expensive, but it’s the cheapest on this list. For this gold underwear, it took five skilled jewelers to make it. And it took them almost half a year to complete it, and they made it from 3 kg of gold. The set was showcased in the city of Wuhan in China, but it was never sold. It sounds crazy to buy such an expensive item and that is why you should check out hauteflair.com for some alternatives. The sexy lingerie is still of very high quality, but not as costly, in fact, it is quite affordable.

If you thought that the previous set was expensive, think twice. This diamond bra is worth more than a million. It was made by Anamika Khanna, who is an international designer based in India. It took her six months to make this bustier, which has over 500 carats of Belgian diamonds.

The prices are just going higher. We’ve come to the most expensive bras on the world, Fantasy Bras, the ones that are worn by Victoria’s Secret models. This one was worn by Karolina Kurkova and it has a 10-carat diamond brooch in the middle.

This bra was presented to the world by the famous supermodel Heidi Klum, and it was first seen in 1999. It features 2,000 diamond which is set in platinum and many more diamond cut sapphires.

This one is a little bit more expensive, but it was also presented by Heidi Klum. It was presented a few years after the Millennium Bra, in 2003, and it had a 70-carat diamond hanging as a centerpiece.

Now we can say with certainty that Heidi Klum was the favorite model of Victoria Secret for a few years. Because also wore a Fantasy bra before the Very Sexy one. She wore the Heavenly Star Fantasy Bra, in 2001. This bra has more than 1,000 pink sapphires and a 90-carat diamond.

This bra is worth the exact amount as the previous one, but it wasn’t worn by Heidi Klum. Gisele Bundchen wore this luxurious bra at Victoria’s Secret show in 2005. It was made of white gold with diamonds and rubies.

We have almost come to the end of our list. And the second most expensive set on our list was also modeled by Gisele Bundchen and it was also made by Victoria’s Secret. This set was made of 1,300 precious stones and 300-carat Thai rubies.

And if you thought that it can’t be more expensive than the previous one, it can. This set is worth an astonishing $30 million and it wasn’t designed by Victoria’s Secret. It was designed by Susan Rosen and it was designed for the 2006 Sports Illustrated’s Swimsuit Issue. The set maybe doesn’t look as expensive but it is.