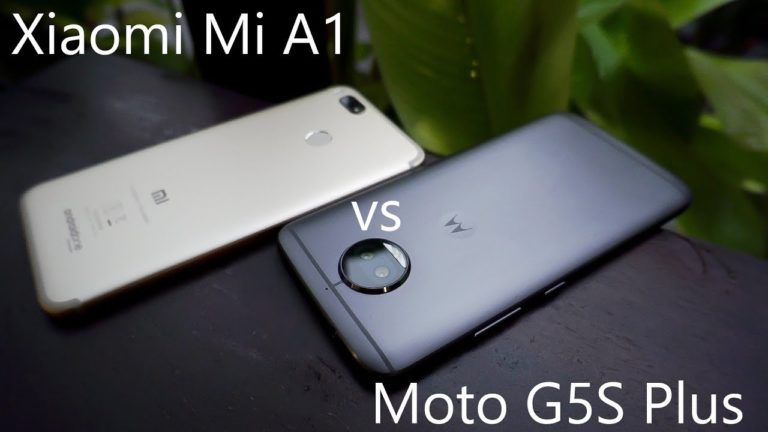 Gone are the years in which Motorola reign supreme in the not-so-smart Phones era, ever since the Smartphones came into existence the company fail to compete, and passed down to Google, who then passed down to Lenovo, and for a few years, it had been making a new name for itself.

Xiaomi, on the other hand, has been slowly making its way to the heart of fans, who have always praised Xiaomi’s Price-to-Technology ratio. Both Xiaomi and Moto have been long time contenders in the Mid-Range market, both offering similar models at the same time and with little differences between them.

Moreover, Moto has constantly being praised by those Android hardcore fans as they always graced their Phones with a Stock Version of Android, while Xiaomi fails to do so until that is, the Mi A1, which marks the Chinese Phone Maker first ever Stock Android device, competing actively with the Moto G5s Plus.

Since Moto has always been on Stock Android, and now Xiaomi has made its way into it, it makes up for an interesting competition.

Both the G5s Plus and the Xiaomi Mi A1 have a cool and awesome design, but they aren’t very original, we have seen those looks before on other Phones.

However, while Moto G5s Plus has the same design as its predecessors, the G5 and the G5 Plus, the Mi A1 features a whole different design when compared to other Xiaomi models, but, it still gives us that same iPhone look we find in other Chinese Manufacturers, like the OnePlus 5 or the Oppo R11, so, when it comes to originality in design, the prize goes to the Moto.

Both Phones feature the fingerprint scanner on the rear, while many praised the G5s Plus to have placed it in a better place than the Mi A1, but that depends on preferences.

Internally the differences are practically non-existent, they are both powered by a Snapdragon 625 with 4GB RAM, and 64GB internal memory storage.

The Display tells the same story, they both have 5.5 inches Full HD displays, but the G5s Plus has IPS technology and the Mi A1 uses LTPS IPS technology.