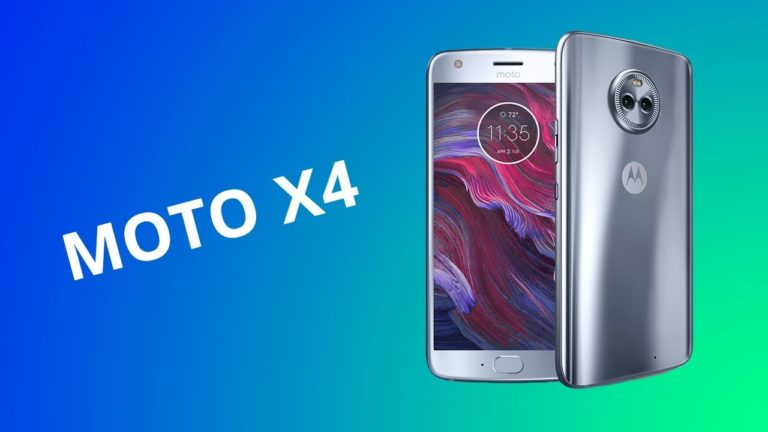 Once upon a time being a truly master in the market of cellphones, Motorola has been placed down by other companies with high tech smartphones. But the American company has stablished itself in the mid-range smartphones with real ease.

The latest product sold by the company has been Moto X4, which came after some failed efforts to get the market by assault. But with a good processor on it (Snapdragon 630) and other good features which would be described later on; the Moto X4 is one affordable choice for those interested in a mid.-range smartphone.

Its appearance is not different from other Motorola’s devices, although its display is smaller than other products from the same company. But for compact size lovers, this aspect would be very appealing. The screen is LCD, so the possible buyer could find it good enough and stick with it. It also provides a dual camera at its back, with the particular feature that it can provide blur effects for the background or some objects in the taken picture.

The processor allows playing 3D games, but they do not run smoothly and take longer to load than other devices, but it is something to be expected on a smartphone of this range. The OS (Android 7.1.1) – there is no difference from the one offer by Google´s Pixel phones – is a plus feature. Also, the company does not duplicate or emulate Google´s apps being Google Play Music and Google Photos the default applications. Outlook is the main e-mail app on this device, a useful tool to have nowadays. This app links perfectly the user´s e-mail with the calendar and cloud service used by the possible owner of the product.

The inclusion of the Linkendln app makes the device be oriented as a business phone. But if this is not interested enough for the user, the app can be easily eliminated.

As many other smartphones, the Moto X4 offers a dual lens camera with a 12-megapixel f/2.0 lens along with an 8-megapixel,  and a 120 degree wide-angle sensor. These characteristics make it easier to grab those landscape shots without having to wave your phone around in panorama mode. Beside all that, the quality of the shot from the main camera are okay, but in less favorable conditions, it can be really unreliable.

On the other hand, the battery provided with this phone is not a small one for a mid-range Android phone, but or it is huge. Due to this feature, the phone can be on a daily basis operation utility; and at the end of the day, the user would find a good reserve of energy to use before recharging it completely. Being this a great characteristic which is not share by most of the smartphones on this range in the market. One benefit from the company´s software is the quick-charging function; it can give six hours of power in just a short time of 15 minute charging.

The Moto X4 is a good option when a device is required for business performances in comparison with the performance and prices of other smartphones. But if the possible buyer is a photo aficionado, this device would not be that interesting.