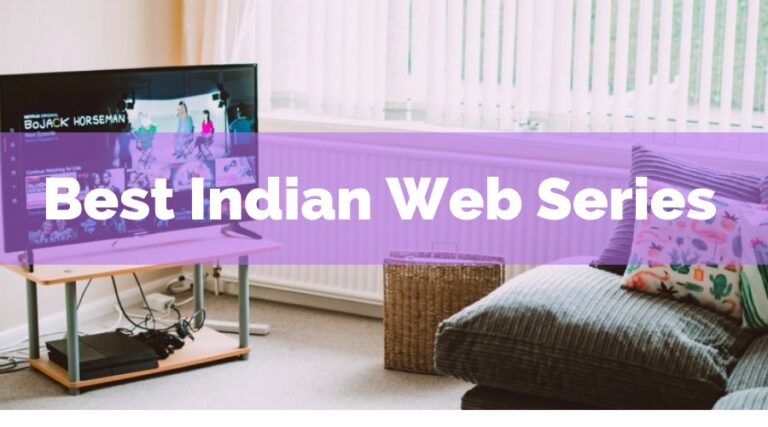 Over the years entertainment has become one important part of our lives. The artistic liberation has found a new way to reach a story to a wider audience without facing the censorship, it is producing a web series. The new culture has taken over the world. They are more approachable, affordable and bolder to express the content. Some of the web series not to be missed are as follows:

The latest to join the league is the Amazon Prime series Made in Heaven. The story is about two business partners Karan and Tara who are wedding planners from Delhi. E episode comes up with new wedding while our lead characters are growing on their own journey. The best part about the series was how it was never too black or white and showed the grey in our society.

Guest appearances of super talented actors like Neena Gupta, Deepti Naval, Shweta Tripathi, and many others bring about a refreshing episode every day. The supporting cast is equally satisfying and interesting with their own grey stories. The poems at the end of each episode would melt you and leave you with a taste of sweet and sour episode for a while.

Another Amazon Prime series that hit the floor earlier this year was Four More Shots Please! It is a story that follows the journey of four girls who have shattered all stereotypes and want to live life on their own terms. From secret sex desires to barricading gender inequalities, from facing age issues to helicopter parenting the series shows it all. It is an overdose of woman empowerment and a must watch for all the ladies out there.

It probably should be on number one with the fresh and crisp content. The story is about a guy who thinks women have it easy to handle situations. Man’s world takes an interesting turn when the man is trapped in a world where the women the front seat. He faces all the eve-teasing, pay disparity and gender inequality.

What worked best for the series was the presence of of female celebrities in each episode with a never seen before avatar. Some such avatars were Bhumi Padnekar as roadside Romeo, Kalki Koechlin as female chauvinist co-worker, Richa Chadda as a bad cop and Shikha Talsania as a typical husband along with other surprising appearances. The messages are clear and boldly shown. You can watch this series on YouTube too.

The Viral Fever aka TVF popularly known for the web series and entertaining content gave their best shot with The Pitchers. This series has gained maximum ratings by every critic and websites. The theme of the show has the classic TVF touch in them with a bunch of four friends who plan to start-up a company over a pitcher of beer. Then the story follows their journey of finding themselves along the way.

If you are into violence and Mafia then now is your time. The internet has bloomed with such content today. Out of all this, the one that shines out is Mirzapur. The reason behind Mirzapur being the best is the performance.

The main cast includes Pankaj Tripathi a simple yet convincingly dangerous Kaleen Bhaiya, Ali Zafar as Guddu, a dumb bodybuilder who wants power, Divyendu Sharma as Munna Bhaiya, the immature and impulsive aggressive successor and Vikrant Massey. The Supporting cast is equally enchanting, including some of the finest performances by Shweta Tripathi and Rasika Dugal. Aired on Amazon Prime in November 2018 it has a season to come this year.

So if you don’t have anything to do this weekend, get in your PJs, grab your snack and go for the amazing series.