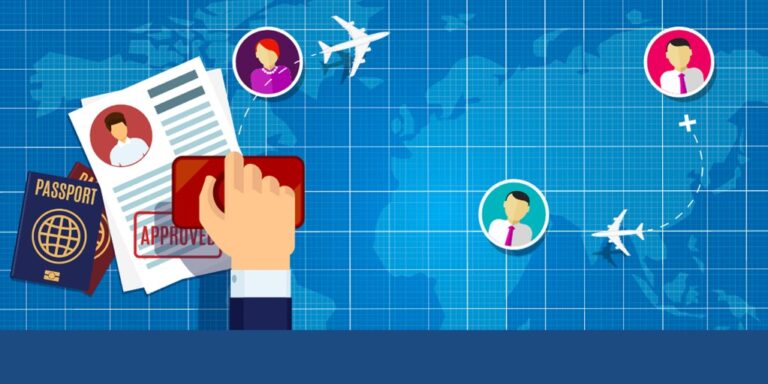 Unfortunately, many people in the west have negative feelings towards immigrants. This comes from many different misconceptions and myths about immigration that fuel today’s society’s growing xenophobia. It’s of the utmost importance to educate ourselves and the others around us and start creating a more tolerant world for everyone.

So what are the most common myths about immigration and immigrants as of now?

What are the facts?

In this article, we’ll be debunking the misconceptions about immigration and its impacts on the world. So, without further ado, let’s get to the bottom of it!

This myth is incredibly common and also incredibly damaging for people wanting to immigrate to other countries. While it’s true that immigration is not easy, and it takes a lot of time for people to get used to a completely different culture, it’s in everyone’s immigrant best interest to try and learn more about their new home. If you notice a person who has recently moved to your country, and who also struggles with your language or customs, you should be understanding, not judgemental.

Try to put yourself in their shoes: Imagine moving to a country where everything is different from what you’re used to, what would be your main goal? To try to fit in, of course! Knowing the culture helps them get a better job, find new friends, and feel more comfortable starting their life in a completely new surrounding.

2. Immigrants will take our jobs

The immigrant visa, at least in the USA, can be obtained by either having family sponsor you, seeking employment, or having refugee status. So, the fact that the employment visa programs even exist can tell you all you need to about the correlation of immigrant jobs and native-born unemployment: there’s almost no correlation whatsoever! Many companies have to import their workforce from other countries, simply because they don’t have enough options in their home country. Other than that, research shows that skilled immigrants actually create more jobs in the long run!

Also, immigrants usually don’t even compete with native-born citizens! There’s a completely separate job market due to the different regulations depending on their immigration status. So, our jobs will be just fine, let’s not be ignorant and instead try to help immigrants feel more welcome in our country!

The immigration process is everything but simple! Immigrating to another country is very expensive, lengthy, and stressful. Not everyone will be eligible for an immigrant visa, and even if they are, it could take years until the process is finalized. So yes, all of those stories about immigrants being related to the increase in crime are absolutely baseless.

For one to immigrate to a country legally, they’ll have to pass numerous interviews and rigorous background checks. If you’re interested in knowing more about background checking, visit lookupinmate.org. Then, they’ll have to deal with loads and loads of paperwork and wait until it all gets approved. It’s a fairly complex process, and not everyone ends up successfully finalizing it.

This is not only untrue, but it’s also harmful to many immigrant families. While immigrants are protected by law just like native-born citizens, many public benefits remain inaccessible to them, at least for a period of time. While the laws differ from country to country and from state to state, immigrants usually don’t have a right to some important benefits until they’ve remained in the country for a specific number of years.

So yes, an immigrant won’t be, in any way, in a better position than a native-born citizen. In fact, depending on their visa status, they could be in a much worse situation than any other citizen.

Whether you’re someone who wants to learn more about immigrants, or you’re an immigrant yourself, it’s important to check for this kind of information before making assumptions.

5. Immigrants have to renounce their culture

While immigrants should always learn the customs and the language of the country they’re immigrating to, it doesn’t mean they have to completely reject everything related to their homeland. Immigrant culture enriches our own, and it’s always exciting to meet someone with a completely different set of values. Of course, both sides should always be respectful to each other, and an immigrant should try to accept some essential aspects of the culture of their new place of living.

Culture is something that should be shared and enjoyed, never feared or loathed. Just because someone is bringing a few of their customs and traditions with them, doesn’t mean they present a „danger“ to other cultures.

All in all, expecting everyone who came to build a life in your home country to immediately accept your way of living is pretty unreasonable. We should all look at it as a chance for learning and exploring something completely new and different.

Oh, yes they do. Bigtime. Avoiding taxes is almost impossible, and someone who got through the difficult process of immigration will never risk putting their status in jeopardy. Just the undocumented immigrants in the USA contributed about 12 billion dollars in taxes in one year. Also, even though they do pay taxes, immigrants still don’t have many benefits accessible to other taxpayers.

It’s important to debunk myths like these since they do nothing but create animosity between people who share the same country. It doesn’t matter where somebody comes from, once they’re your friends, neighbors, co-workers, you’ll stop seeing them as immigrants, and start seeing them for who they actually are.

There are many myths about immigration that create nothing but trouble for both the native-born citizens and immigrants alike. This is why it’s crucial to learn the truth and spread awareness in your social circles and come equipped with this knowledge if someone wants to discredit you as an immigrant.

Immigration is never easy! This is why there are so many companies that help immigrants successfully migrate to another country.