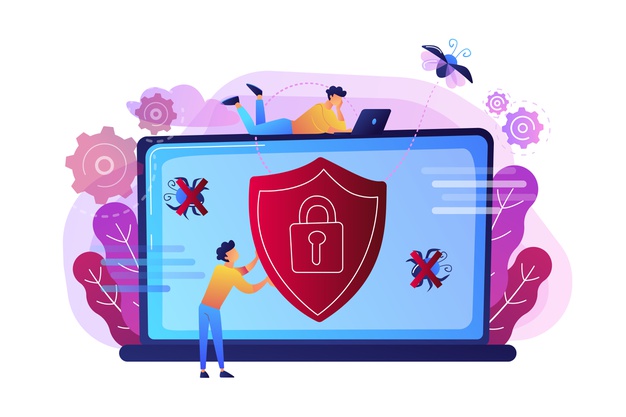 Our PC’s are literally a treasure these days, especially in a time where most of us are working from home due to the global covid-19 pandemic. Without them, entire public systems would fail and we won’t be able to earn a living. Needless to say, we need to protect our computers, they serve us well and have a huge significance in our lives.

When it comes to protecting our PCs, there are two things that we can do. The first one is hardware-related, and that includes regularly cleaning parts, dusting off, and making sure everything is properly set-up. The other thing is software-related and it’s a bit different, probably slightly more complicated than the first one.

Protecting your PC software-wise means keeping it safe from any viruses, avoiding any “bloatware” and suspicious websites, and simply sticking to the “safe zone” where nothing can harm it. Unfortunately, as years go by, not only anti-virus computer programs evolve, but viruses as well. Those cheeky coders with malicious intent sure know their way around computer security. These are six signs you need better antivirus software, so let’s take a look.

1. Your PC slows down suddenly for no obvious reasons

It’s one thing for your rig to become slightly older and no longer support the latest video games or performance-intensive programs such as Adobe Premiere Pro, Photoshop, or Illustrator. However, if two days ago everything was running the way it was supposed to, and now all of a sudden you start experiencing crashes, incredibly long loading times, and even the occasional BSOD (Blue Screen of Death), it means we have an issue.

If you’ve caught something surfing the web and you’re not aware of it, and neither is your antivirus software, it may be time to switch things up. You see, every antivirus gets updated, so sooner or later they all start recognizing the most modern threats. But the thing isn’t whether they get updated or not. What matters is which antivirus gets updated first and finds the problem as early as possible before it causes any harm.

Now although this is a bit contrary to what we just said above, it can still happen sometimes for a company to discontinue its antivirus product. It’s rare but it does happen. The reason can be not enough purchases so it’s no longer worth it to keep updating it, or simply not enough man-power to keep up with all the latest viruses. Either way, if you happen to be the user of such a discontinued product, we recommend switching to something else immediately.

If you don’t know where to start and you’re in a panic, worry not, because we have just the right thing for you. Toptensitereviews.club is a website that focuses primarily on reviewing products, and in one latest article, they covered the most trustworthy and efficient antivirus software programs for 2023. It’s a great place to start looking for your new PC protector.

3. Sudden change in the price of the chosen package

Most reliable antivirus software programs cost money, and the companies offer different types of packages. For example, a basic package can contain only regular PC scanning service, while more advanced and more expensive packages will include internet security settings and PC speed-up utilities. We’re not sure which antivirus you’re using or what package you’ve chosen, but a sign that you need to search for a better antivirus is a sudden increase in the price without any justification for it. After all, our budget is important to if this makes you go over the budget maybe it’s important to start searching for cheaper and more cost-efficient alternatives?

4. You find out other antivirus software programs are outperforming

If you’re simply not satisfied with how your antivirus is performing and you notice that other companies are providing better service for the money, you shouldn’t feel discouraged to transition. For example, Norton, which is currently ranked the highest on many trustworthy lists, was once considered a not-so-efficient antivirus. About ten years ago Norton faced a lot of competition. Some of the main competitors were Avira, AVG, and Kaspersky. Some of these antiviruses are still top-tier nowadays.

Let’s say that an antivirus you were using for a long time suddenly decides to change its policy and start using your data for their own secretive purposes. Not that this isn’t happening without many users knowing about it, but you get the idea. If it’s official, chances are you won’t like it. It doesn’t even have to be that serious. If there’s simply a new update that changed the interface or made things more difficult for you to understand or use, it’s good enough of a reason to swap over to something else.

It happens quite often for antivirus companies to partner with someone and then all of a sudden you as a user will start seeing new folders on your desktop or things secretly being installed on your computer. For most casual PC users this isn’t much of a problem but anyone who wants to have total control over the things they have on their machine will freak out because of this. If you start seeing such things it means the company is pretty disrespectful and doesn’t appreciate your loyalty, so they install programs from their partners without permission.

Having reliable antivirus software on your PC can be the difference between losing your valuable work and personal data or keeping it safely stored as it should be. Your entire computer-using experience will be better if you have a trustworthy antivirus to protect you from any unwanted things that you may encounter on the internet, such as malware, viruses, or even being the victim of a hacker attack. In today’s article, we made sure to list six really important signs you shouldn’t ignore when it comes to swapping over to another antivirus provider. Thank you for reading and remember to stay safe on the internet.