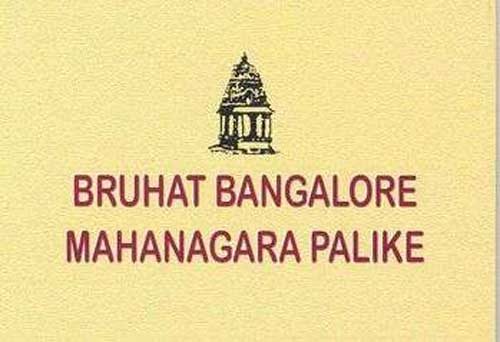 During a discussion on Tuesday at the Bruhat Bengaluru Mahanagara Palike (BBMP), the reason for thousands of pourakarmikas not getting the salary was revealed. Not taking care of the minimum safety gears like gloves have costed these pourakarmikas dearly, who pick up the garbage and keep the city clean. Not wearing gloves will not only affect their health but is already affecting their salary. During the session of the BBMP, some councillors stated that since these workers were not wearing gloves during cleaning, it is affecting their fingerprints, which is further creating problems in keeping a track of their attendance.

BMP has made it mandatory for all the pourakarmikas to give biometric attendance. They are required to scan their thumbs thrice a day. The workers were gathering the waste and garbage of Bangalore without wearing gloves which are wearing out their fingerprints and the biometric machines are failing to scan them. Due to this failure, thousands of pourakarmikas who have been coming daily for their duty have been denied of their salary because their biometric attendance is not there. On the other hand, for the pourakarmikas gloves are not less than any luxury, when a simple pushcart is also not available. Oe of the worker, Manjula said, “Once I could not use the cart and had to make do with a discarded plastic mat to collect garbage.”

However, Sarfaraz Khan, the Joint Commissioner (Solid Waste Management and Health) of BBMp in his statement to the press has said that the cases of failure of the biometric machines are not much and the matter will soon be sorted out. Talking about the lack of gloves he said that there were complaints from many that the gloves provided earlier were not comfortable and hence the new designs will be distributed by next week. During the monthly meeting of BBMP on Tuesday, for most of the time discussion was on non-payment of the pourakarmikas for nearly three months now.

Opposition party leader Padmanabha Reddy said that every ward, minimum of ten such cases were seen where the workers did not get paid due to the failure of the biometric machine. They mostly work with their bare hands and this is probably why reading their fingerprints is difficult. Also, many pourakarmikas have to walk long distances for the biometric attendance. A simpler solution should be put in place so that the pourakarmikas are not put through more hardship,” he said.

The issue of the workers not being paid was raised by Netrapallavi M. of Atturu ward. He said that since the workers were not receiving their salary many of them have gone to strike, which is affecting the cleanliness of the ward. He added that Yelahanka zone which was a model for everyone for management of solid waste is no longer seen as a model as the workers are on strike. Former mayor G. Padmavathi added that “Most pourakarmikas are under financial distress. The direct disbursement of their salaries should not be delayed.”

Responding to the discussion of the councillors, Maithreyi K. from the BBMP Guttige Pourakarmikara Sangha, said that the issue of failure of biometric machines was not that big and it would be sorted out. She also pointed out that mandatory biometric attendance has helped them to rule out bogus names. “For the longest time, these same councillors and contractors did not let the BBMP start biometric registration of the pourakarmikas. But on the ground, this is not such a big issue. The civic body was bound by law to ensure that salaries are disbursed by the 7th of every month. The delay could be due to the shift to the new system,” she said.