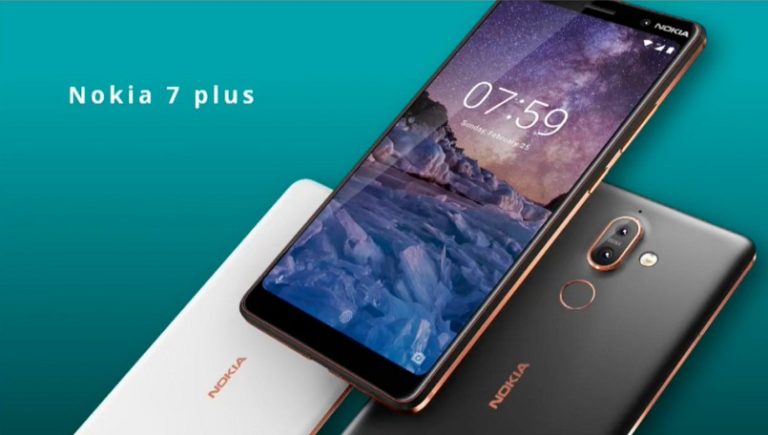 Powerful and attractive features Of Nokia 7 Plus:

Carved from a single block of aluminium, Nokia 7 Plus a hi-tech and remarkable 6-inch display at par with contemporary smartphones.

Nokia 7 Plus has an 18:9 display ratio with a resolution of 1080×2160 pixels being the only one in HMD Global’s range at the present moment.

Nokia 7 Plus, equipped with a Snapdragon 660 SoC being one of very few devices in India. As reported by Qualcomm, the phone is built to carry on-device artificial intelligence, advanced photography, and most notably, enhanced gaming features due to the nature of how the Snapdragon 660 SoC is made.

Along with this, the Nokia 7 Plus is paired with 4GB RAM, and a generous 3800mAh battery. Is it any good for gaming on the go? We find out.

Coming down to the Gaming Test:

To test the gaming capability, we chose to single out our much loved games that highlight good visuals and graphics. The games comprised of battle royale shooter a PUBG Mobile game, an arcade-inspired called Asphalt 8, the very popular Dota 2-clone Arena of Valor, and an advanced racer called Breakneck. The very admired among all gamers GTA San Andreas wasn’t considered due to its issues of compatibility that we’ve faced with the game in our previous analysis, owing to no new updates coming in since 2015 by the creator of GTA Rockstar. If your phone can operate the test games, you should be able to play games like Subway Surfers and Candy Crush Saga at ease which we decided to leave it anyway. Our mission was to find out whether the Nokia 7 Plus can perform well at gaming and prove to be a good option for mobile gaming lovers opting for a decent yet budget mobile gaming phone.

We were in awe and couldn’t help notice its smooth handling features, for the most part in its landscape mode. The Nokia 7 probably owes this due its back which is combined with thin chamfered copper edges and has “ceramic-feel coating”, as described by HMD Global. Though it has a firm feeling when held it still creates its gripping for longer periods kind of an ordeal.

With that being said, the first one to be put up for the test was PUBG Mobile which is gaining popularity due to its smooth smartphone experience being developed by Tencent instead of PUBG Corp. It looked pretty awesome due to its bigger screen when we changed it to the Medium preset. The graphic details such as weapon models, foliage, and explosions looked beautiful and had a flawless frame rate even in demanding set-ups, like escaping an aerial bombardment.

When the setting were dropped down to a lower preset the frame rate took a hit, but our preference was sharper presentation through a Medium preset. Changing to a High Preset caused set back to the gaming experience with slight faltering and uneven play that hinted us to change the settings back to Medium even though it produced enhanced graphics. The OnePlus 3T which had a delayed launched in 2016 and has a high-end Snapdragon 821 chipset and 6GB RAM, had a very identical feel of PUBG Mobile when compared with its performance in the Nokia 7 Plus showing the level of technological advancements in performance that reflects in present mid-range devices such as the Nokia 7 Plus.

The next in the lineup was the popular racing game Asphalt 8 produced by Gameloft which we tested with the highest graphics preset at default. This game boasts of beautiful details such god rays, snow and rain which is present in most part of the game. Being a game which optimizes its full features the performance on the Nokia 7 Plus is indicative of a very smooth and fun gaming experience. The tracks on the racing game such as the sunny Nevada and those of Iceland and London looked brilliant and there was smooth flow of game play. On the contrary a rainy scenario on the tracks of Tokyo was a visual treat, but the clear sluggish game play made the racing a turnoff but was not a problem on medium graphic settings. Though we feel it could only be attributed to the Tokyo level as the other levels with all the details ran smoothly.

Then it was Breakneck an innovative racing game having matching characteristics to Nintendo’s F-Zero or Sony’s Wipeout games. When the game was launched the graphics defaulted to the highest preset option and looked pretty due to its neat effects and lightning speed. Unquestionably the game play was flawless with a sharp display, but we had apprehensions because of the heating issues in the Nokia 7 Plus though there was not a thing to be worried about when playing other games. The 6000 series with its impressive aluminium touch and ceramic-feel coating felt like a hot pan. Though changing Breakneck to Medium settings resolved the issue there was a noticeable degradation in its otherwise promising graphical look.

The final one to enter our arena well you guessed it was Arena of Valor a mobile counterpart that holds similar elements with immensely favourite games such as Dota 2, or League of Legends, highlighting on speedy reactions and there isn’t too many of such games on smartphones which has a frame rate counter. When switched on the highest preset (such as detailed textures, particles and effects) and with the option of High Frame Rate Mode toggled on (not available on every phone, only those have it with high enough specs, and that which makes full battery use to produce the highest level of gameplay) we produced regular frame rates at 56 frames per second to 57fps, cutting down to 53fps in scenes of high level game play with several enemies on display. But a High frame rate option when switched on restricted frame rates to just about 30fps. Nevertheless to say, the game experience is at its peak when the High Frame Rate Mode is switched on.

Depending on kinds of games we tested it’s a pretty decent option if you can digest holding the phone with quite a bit of an effort when playing games for longer durations because of the smooth back. A trivial issue, but a discernible one however. Apart from this, the feature of a powerful processor along with a solid screen is a thing you cannot say no to. It will be exciting to see how it prospectively fares, with new games such as the Unreal Engine-powered Fortnite on the horizon. At present, if you’re a passionate gamer and considering to find out Nokia’s latest, we give you the green signal, the Nokia 7 Plus is a yes from us.