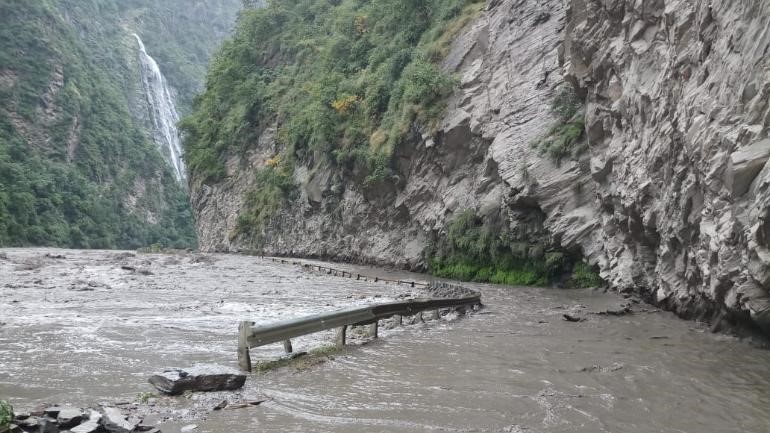 Indian Meteorological Department (IMD) has put Kerala on “yellow alert”, meaning to expect heavy rainfall in the next few days. Five districts of Kerala viz., Pathanamthitta, Idukki, Thrissur, Palakkad, and Wayanad are expected to be part of this rain havoc.

After the devastating rainfall that occurred last month, Kerala experienced a shortage in rainfall from September 13 to 19.

But soon after Cyclone Daye hit the coast of Odisha on September 21, there was a downpour in several parts of India.

Heavy rains were witnessed in the states of Jammu & Kashmir, Himachal Pradesh, Punjab, Haryana and Delhi over the past few days. This has brought life to a still. Snowfall was experienced in Kullu, Lahaul-Spiti and Kinnaur districts of Himachal Pradesh.

The heavy downpour has caused rivers like Ravi, Sutlej, and Beas to reach their brim. Concerned authorities have alerted residents to steer clear of water bodies. Water from Chamera dam in Chamba district of Himachal Pradesh has been released.

Road traffic was hit badly on the Chandigarh-Manali highway and Pathankot-Chamba highway due to landslides.

Several pilgrims are left stranded in Kedarnath Valley in Rudraprayag district of Uttarakhand.

Continuous rains are seen in Punjab and the state has been put on “red alert”. According to IMD, red is code for “high alert”. District authorities are asked to keep an eye to curb any unforeseen circumstances. Six people died due to rain-related incidents in the state.

Tamilnadu and Mumbai are also anticipated to heavy rainfall for the next 2-3 days. Several parts of Karnataka including Bangalore experienced rainfall on Sunday, leading to inundated streets and many uprooted trees.

The North-east region of India is also set to experience some good amount of rainfall in the next few days. As per IMD reports, heavy rains accompanied with thunderstorm and lightning occurred at isolated places over Assam & Meghalaya. Sub- Himalayan West Bengal & Sikkim too experienced cloudburst.