@2019 - All Right Reserved. Designed and Developed by Times Life Style - Team
Top Posts
How to Choose the Best Quality Dog Food
7 Hardest Mounts to Get in World of...
3 Ways We Should Improve Food Quality Control
Best Set Up for A Combat Ready AR15
6 Tips for Choosing a Private Label Skin...
10 Basic Tips and Rules to Follow when...
Key Benefits of Keto
Cow Milk Formula vs. Goat Milk Formula
How Can Geospatial Technology Help in Business –...
8 Smart Ways to Save on a Rental...
GambleGame

What are the Odds of Being Dealt Aces in Texas Hold’em Poker? 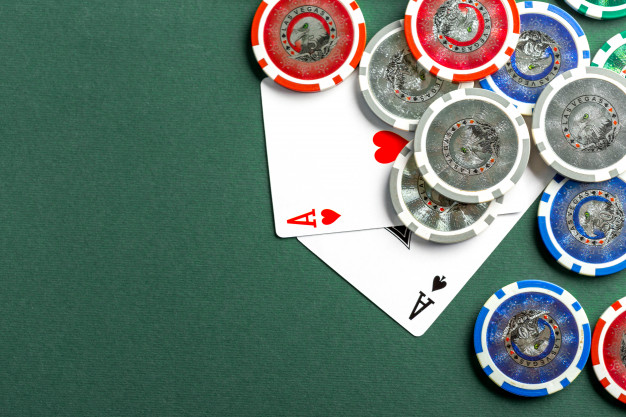 Talk about fun, simplicity, and chances of winning big, Texas Hold’em poker has them all. No wonder this poker variant is highly popular amongst gamblers at the casino.

You will find several similarities between Texas Hold’em poker and classic poker games. For instance, the variation comes with betting rounds and the same hand ranking systems like straights, flushes, four-of-a-kind e.t.c. Unlike Casino Hold’em, however, you play against other players and not the house.

The fifth community card is dealt face up (the River), followed by the fourth and last betting round. To win, each player must make the best five-card hand from the two hole cards and five community or board cards. The guess is that you know all these if you have been playing Texas Hold’em poker.

However, whether you are a newbie or an experienced player, the main reason why you are playing Texas hold ’em for real money is that you hope to win and cash out big. To do that, you need to master a basic strategy.

One factor that can aid your strategy is to be dealt an ace. Aces are the most powerful cards in the deck. Having an ace in a game of poker can turn a game around in your favor.

But in a 52-standard card deck, what are the odds of being dealt aces while playing Texas Hold’em poker? If you want to sharpen your online poker skills, this is what you should know.

This guide answers this question and covers every essential thing you need to know about Texas Holdem odds. 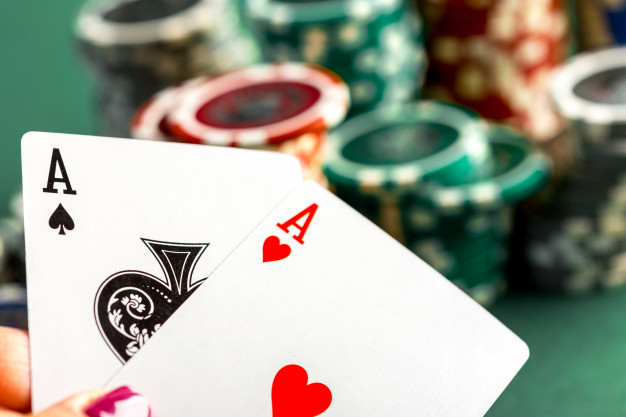 Having a good knowledge of Texas Hold em probabilities is a good way to understand the game. Every bet or move you make in this poker variant has its odds. We will look at some odds of poker hands below. 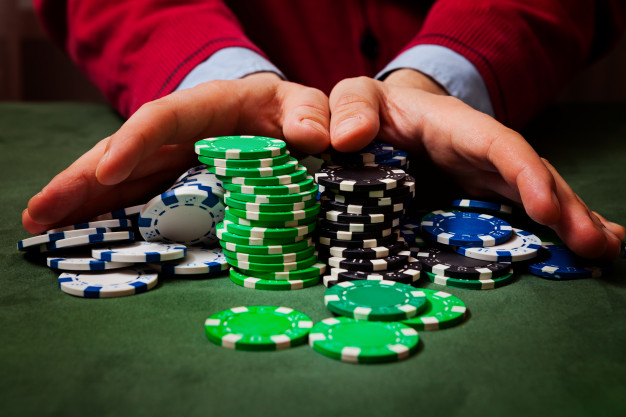 Odds of being dealt:

From the poker hand odds preflop above, you have a 15% chance of being dealt an ace in Texas Hold em poker.

There are other Texas Hold’em poker odds that come with different betting rounds like “on the flop” and “after plop.” These odds are more complex than preflop odds.

However, there are several charts and calculators online that would aid your better understanding of the poker odds. If probability does not interest you, you can check this resource to play Texas Hold’em online like a pro and the best sites to play. 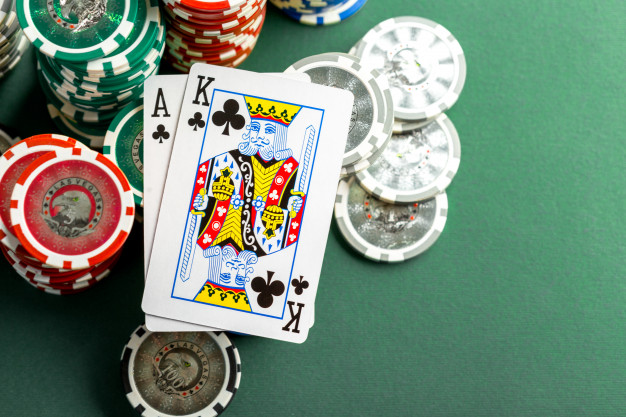 There are 13 cards in poker, and their rankings are as follows: AKQJT98765432. As can be seen here, Ace is the highest card rank but is it enough to make it high in Texas Hold ’em?

These card ranks are listed in order of the highest to the smallest. Although all suits are regarded as equal in rank, Aces are usually ranked higher than others, and you can use it to form the highest straight. For instance, An Ace-high straight flush, also known as a royal flush, is

So Aces are high in Texas Hold ’em, but they can also below. While the Ace can form the highest straight, you can also use it for the lowest straight.

The ace card would obtain a low rank anytime used to begin a straight (A2345) or straight flush. You have a straight flush when your hand contains five consecutive cards, all of the same suit.

What are the odds of being dealt pocket aces? 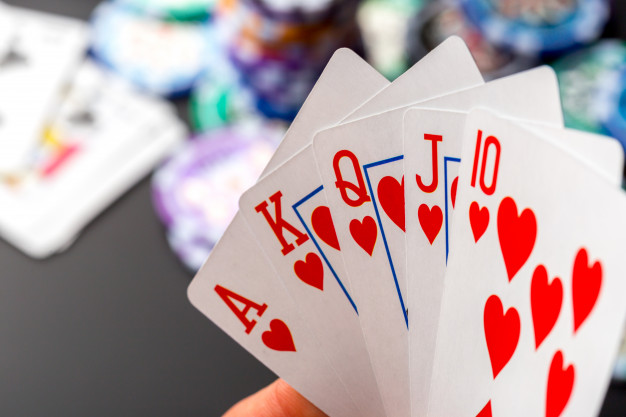 It is every player’s dream to be dealt pocket aces, and there is a good reason for that. Pocket Aces, also known as AA, refers to a hidden pair of aces.

A pocket ace is the best and powerful starting hand of all 169 possible hands in a game of Texas Hold’em. The hand has two aces. But what are your odds of getting two aces before the flop?

Firstly, we have 52 cards in a standard game of poker, and there are four aces. This means that your chance of being dealt an Ace is 4 in 52.

Let’s say you were dealt an Ace; it means that now there are three Aces and 51 other cards remaining in the deck. Your chances of getting a second Ace is 3 in 51 after you have been dealt the first.

To calculate the odds of you getting two Aces, the next step is to multiply 13(representing the 1 in 13 chance of getting the first Ace) by 17( 1 in 17 chance of being dealt the second Ace).

Bear in mind that this calculation is not specific to the number of players at the table or where you are playing. As long as the game still uses a 52 card deck, the odds of being dealt pocket Aces are 1 in 221. This is greater than the odds for making quads in poker.

What are the odds of an opponent having a better pair when you have a pair? 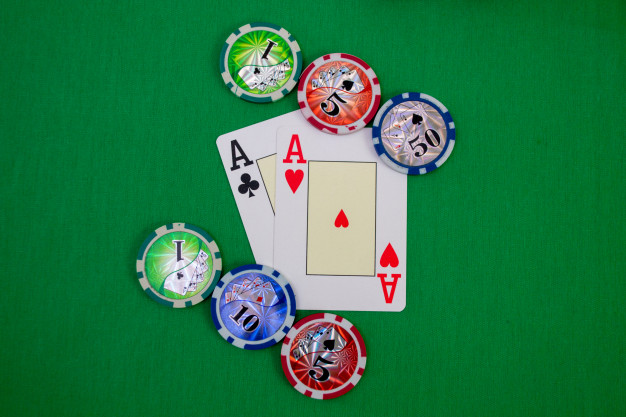 A pair is a hand that consists of two cards of one rank. Any pair you are dealt with preflop will automatically be considered a pocket pair.

However, the highest pair in this game is A-A, while the lowest is 2-2. If you don’t hold an A-A, then it means that there is a chance your opponent (s) might have a better pair than you. But how do you calculate this?

To find out this Holdem probability, the Gordon Pair Principle is recommended.

The Gordon Pair Principle is an easy and straightforward way of calculating an opponent’s odds with a higher pair than you. Although several other methods could also help you determine the important odds for big pairs, this would get the job done quickly.

For instance, you have K-K, what are the chances that an opponent has a better pocket pair? To get the percentage, use this formula:

While C represents Chance or Odds, N, number of players left to act, and R- the number of pocket pairs higher than yours.

So, let’s say you have K-K. You are only two at the table. You are the first, which means after you, your opponent would make his/her move. What are the odds that this player would have A-A?

Although it may not directly impact your game strategy, several benefits come with learning Texas Hold ’em probabilities.

Not only do they boost your mathematical skills, but the knowledge also helps you value cards properly.

Other takeaway points from this article include knowing that there are 5.7 to 1 chances of being dealt an Ace card, and you can either use an Ace to form a highest or lowest hand.

Finding the Right Smartphone for Your Needs

7 Hardest Mounts to Get in World of...

How Do You Power Level Resurrected In Diablo...

How to Report Your Gambling Winnings and Losses...

6 Pros and Cons of Dungeon Leveling in...

How to Level up Super-Fast in World of...