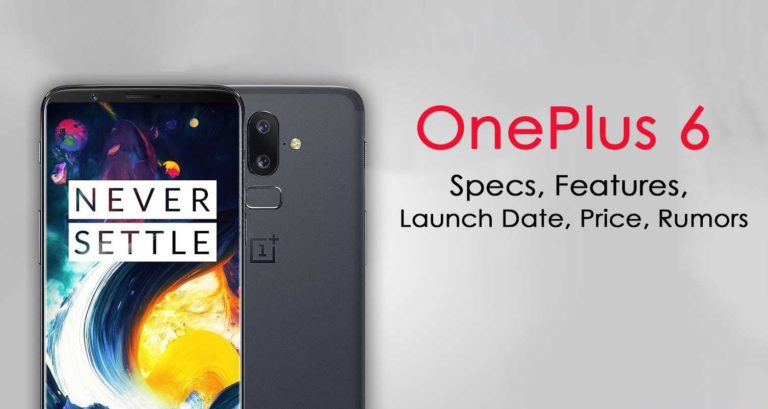 As the headline suggests, OnePlus is to launch its model One Plus 6, dated 16th may, 2018 in London and that is a Wednesday. 16th may is also the day for many to be one- plus users. The event is supposed to start sharply at 5 PM and tickets have already been released on www.oneplus.us/e9. There are a total of 1000 tickets and the prices have been discussed. The early bird ticket costs about $ 21( US dollars) which can be converted to 16 UK pounds.

OnePlus has also claimed that it is one of their best and biggest public events till date. The tickets are available on their site till 27th April, 3 PM, US timing and 5 PM UK timing, for early birds or early buyers of the ticket. Tickets will also be available for late birds, after the given timing but at a higher rate of $41 ( US dollars) that can be converted to 30 UK pounds.

The organisers also want as much public attention as they can achieve, because they do not want any of the worthy customers to miss this opportunity and hence they have decided on this idea of buying tickets. They have also made a suggestion that the interested people buy tickets in advance, given the limited availability of seats, and second the tickets become costlier on customers making the purchase beyond 27th of this month.

The organisers have also revealed the information that there is a party as the program succumbs and also a Revelation gift for those who purchase the product.

The co- founder has also commented about how nobody or its customer know had not known about One Plus as a company, five years ago. It is only last year that they came to the market surface and are earning gross revenues as high as $1.4 billion US dollars. Congratulations to One Plus, on our part! They have also reported that their central mission is to provide the super class product to its customers. They have overcome all backlashes, knowledge gap and economic gaps and want to make this event a true success.

Carl Pei also said that they have chosen their designated partnership associates networking partners, dealers and strategies at the start of this year to ensure quality product to its users. He says that the following product will be made available not only in the United States but also in other countries and make it as reachable to its customers as they can.

He also has mentioned how One Plus is way ahead of iPhone, as he says that iPhone has 2 switches to turn the ringer on and off, but One Plus has three, not to make it more complicated, but to make it more user- friendly. This feature also gives the phone more all-rounder benefits, so that one can change between options or profiles, namely, do not disturb, silent, loud etcetera.