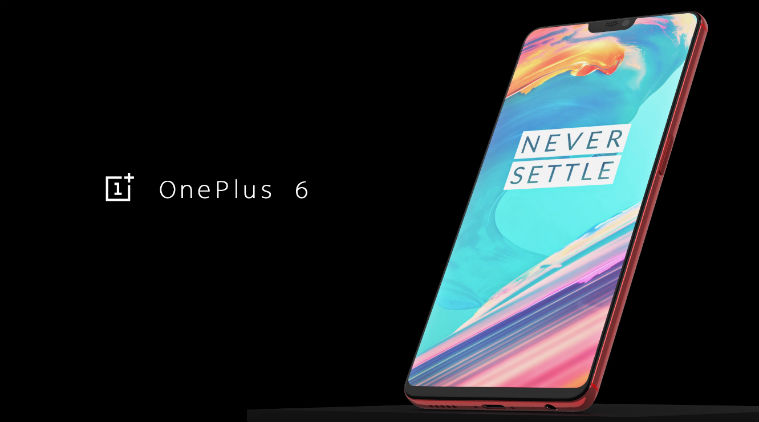 The new OnePlus 6 has surely been the most anticipated device recently. And while the smartphone is just a few weeks shy of an official launch now, the rumors are rife and doing rounds in the market. The company has already been dropping hints as to what to expect of the device. The teasers and trailers launched by the company have had the air thick with speculation already and the prospective buyers are already aware of the many specs and features of the soon to be launched device. And recently a picture which apparently bares the working screen of the device went viral, leaking the first looks of the phone.

The image consists of a brand new OnePlus 6 device with a working, alive screen. As usual, the three on-screen navigation buttons are present at the bottom. The notification buttons are there on both sides of the top notch. There are no real changes in the screen. The image looks like that of OnePlus6 but nothing can be said for sure because the company icon is not visible in the image. But the users are already very interested and intrigued by the image that is flooding the internet now.

The manufacturer company OnePlus, on the other hand, is already here with the final launch date for the device in India. The device is all set to launch on this 17th of May in India. The global launch is also due around that time only. The smartphone will be available for sale on Amazon India and also on OnePlus’s own website for shopping its products.

The smartphone welcomed and sought registrations from users on Amazon India for a first-time sale last week. OnePlus is also going to hold exclusive OnePlus 6 sale for the Amazon customers with a Prime membership. The sale will begin at 12:00 IST on the 21st of May, 2018.

A special ‘The Avengers: Infinity War’ edition of the phone is also said to be in the pipeline in the light of the upcoming Avengers movie. This special edition of the smartphone will officially mark the beginning of OnePlus’ association with the Marvel Studios.  A special teaser video has also been released showcasing the Avengers: Infinity War special limited edition device from the company. A similar collaboration of the company with the Disney Studios led to the launch of the Star War inspired OnePlus phones which also were available for sale in limited editions.

The device boasts of a designer back panel having awesome graphics borrowed from the Avengers series. The characters and their weaponry have been etched on the back panel of the limited edition pieces inspired by the series.

While the Avengers fans have a whole new reason to be excited, the naïve buyer is still going crazy over the image leaked on the internet and the market of speculations on what the launch is going to unveil is going stronger than ever. But what actually is in store can only be truly gauged on the actual launch day and the people will have to wait till then.