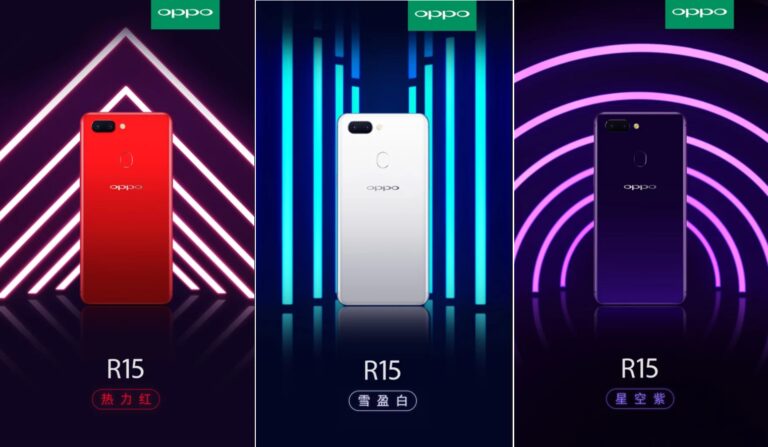 Oppo’s Flagship the R15 is nothing short but impressive. The R15 is like a breath of a much needed fresh air, following the releases of the R7, R9, and R11, they haven’t been bad devices, actually, they have been very solid on the market, but they have always emulated Apple’s iOS products, and they have done a good job, but it was necessary to see if the Chinese Phone Maker was able to do something on its own instead of emulations, after all, up until Apple’s announcement of the iPhone X, it felt like they were just going through the motions, and by association so did Oppo, so it was to see what they had accomplished with the R15.

The Oppo R15 is sporting an Edge-to-Edge screen, with an OLED display, with the now famous Top Notch. There is no denying that the handheld device is a major lead forward for the Chinese Phone Maker.

Now, lest talk Specifications, as mentioned above the Oppo R15 comes with an OLED 6.28 inches Display with a whopping resolution of 2280 x 1080, powered by a Helio P60 Processor and an outstanding 6 GB RAM and a battery of 3450 mAh.

It comes with an internal storage capacity of 128 GB and a slot for Micro SD memory expansion. The cameras on this Phone are a thing of beauty, the frontal camera has an amazing resolution of 20 megapixels with a 2.0 Shooter. The rear Dual-Camera is made of a 16 MP plus a 5 MP.

One thing Oppo did right, was to offer a solid version of the R15 mimicking the same Huawei strategy with the “Pro Series” this technique has proven to be very effective for the third Phone Maker Worldwide, and Oppo is hoping to have similar successful results, introducing just one solid, high-end version of the R15, which is their Flagship no less.

It comes with a ceramic built rather than the traditional glass one and is powered by the always efficient Qualcomm Snapdragon 660 processor, other seemingly minimal changes, that makes up for a great device, is an updated Bluetooth 5.0 and the addition of the IP67 rating against water damage.