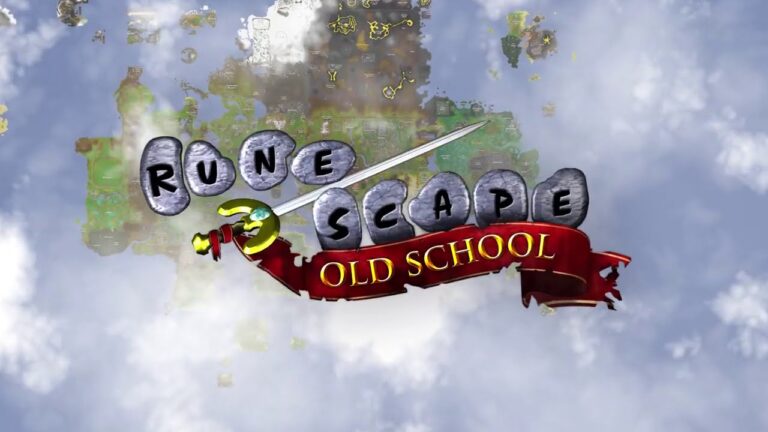 In the sense of a good story with a big impact…

Quests have many functions. They can unlock features and mechanics to help players, reward experience for easier leveling, provide some OSRS gold, and also tell a good story. While some quests can stand alone, some are chained together to tell a longer story and build upon one another. They’re also a bit harder than the standalone ones, though the rewards are usually worth it.

Here are some of the best OSRS questlines.

At the shorter end of the spectrum is the Dragonkin series consisting of three quests. Those are Dragon Slayer I, A Tale of Two Cats, and Dragon Slayer II. It looks simple because this is one of the first quest lines you can do as a new account.

It’s about saving the world against an ancient threat, and its fate rests on your and some companions’ hands. Plus, you’ll be able to fight dragons, which would be an awesome feat in any game. It’s a good welcome for any new player, and an opportunity to have a taste of a Grandmaster-ranked quest.

Even if it’s a quest for newbies, you’ll still need to prepare well to complete it. After all, you can’t just rush to fight dragons with just a shirt, pants, and a sword. While this questline is on the easier side, that doesn’t mean you should be lax about doing it.

This quest series bumps up the number of quests to 4. To be specific, those are The Grand Tree, Monkey Madness I, Eyes of Glouphrie, and Monkey Madness II. Going bananas is an easy thing during this questline. If you’re not going crazy with the bosses, there are puzzle/navigation sections in this quest that can do so.

After helping the king of the Gnomes, you uncover the diabolical plans of Glough. Tracking him down over these four quests and sabotaging all his efforts will culminate in a memorable standoff and battle at the end.

This line may be four quests, but each of them is pretty long, so buckle up and enjoy the ride. It’s also a series of quests best done later in your game when you’ve progressed enough. All of them have pretty steep requirements, so do the quests when you’re sufficiently high-leveled. Also, you should stock up on potions and other OSRS items for sale to make sure you survive any battle encounters during these quests.

With five quests under its belt, this quest series can be quite short. It’s on the easier end of the spectrum too, as the average difficulty is about Intermediate to Experienced.

It’s a quest line that talks about hope in a hopeless situation. After all, you’ll be helping a rebel cell be free of their immortal overlords. Due to not being able to kill these overlords, they have to be dealt with in alternate ways. Otherwise, you’ll have to figure out a way to get their immortality removed or ignored by an attack.

At any rate, this is a quest line filled with twists and turns and will keep you at the edge of your seat. It may not be too difficult but be careful as many portions of these quests are instances. A careless move can be fatal and being unprepared is one way to be careless.

Now, we’re getting into the long ones. It has eight quests, making it a big adventure. The quests are:

As you can see from what the quest names can imply, you’ll be investigating many things. There’s a plague, an attempt at elf royalty, and even helping elves rebuild their community. More than the gripping storyline, this quest unlocks Prifddinas. It also has one of the most challenging puzzles in a quest. The puzzle itself is complicated already, and you’ll be attacked by mid-level monsters almost the entire time.

Many players have praised Underground Pass as one of the best quests in the game as well. As a whole questline, it’s quite difficult to prepare well before embarking on this long journey. Half of the quests listed are Master-ranked, so that should give you a general idea of the quest line’s difficulty.

A quest line with eight quests as well, the Fremennik quests are actually easier and more light-hearted. With a Viking theme, you’re sure to love the antics you can get into with the NPCs involved in the quests. The quests are mostly Experienced-ranked with one Intermediate and two Master ones. The quests are:

From drinking with an alcoholic to earning the throne, you’ll go on several fun adventures throughout this questline. Also, it has some pretty good rewards such as the Lunar Spellbook from Lunar Diplomacy.

New spells for the spellbook from Dream Mentor

A cool shield and some other stuff from The Fremennik Exiles

Lunar Diplomacy is one of the most recommended quests because of the utility of the Lunar Spellbook. It has the NPC Contact spell and several new teleport spells. These can speed up some of the leveling methods for some skills. Plus, being able to repair or charge stuff just by using a spell is quite handy.

Though the whole series has 5 quests, the main selling point of this questline is the last two quests. Those are My Arm’s Big Adventure and Making Friends With My Arm. Judging from those quest names alone, you can expect a lot of comedic moments and OSRS gold.

Still, you’ll be helping a troll, the titular My Arm (yes, that’s his name), make a name for himself. In the second quest, it’ll be up to you to let My Arm’s love life bloom or not. It’s a great two quests to lighten up the mood, even if the rewards aren’t much to write home about.

While not many of these quests and quest lines will reward you with OSRS gold | PlayerAuctions, they’re still worth doing. If not for the experience and other kinds of rewards, there’s a sense of achievement in completing these quests. Especially for Mourning’s End Part II, which many players agree is one of the hardest quests.

With these quests, you’ll really get to see Gielinor and its inhabitants more closely. You see their struggles, goals, aspirations, and ambitions. You’ll either see their growth or be the cause of their downfall.

Enjoy these quests in OSRS!