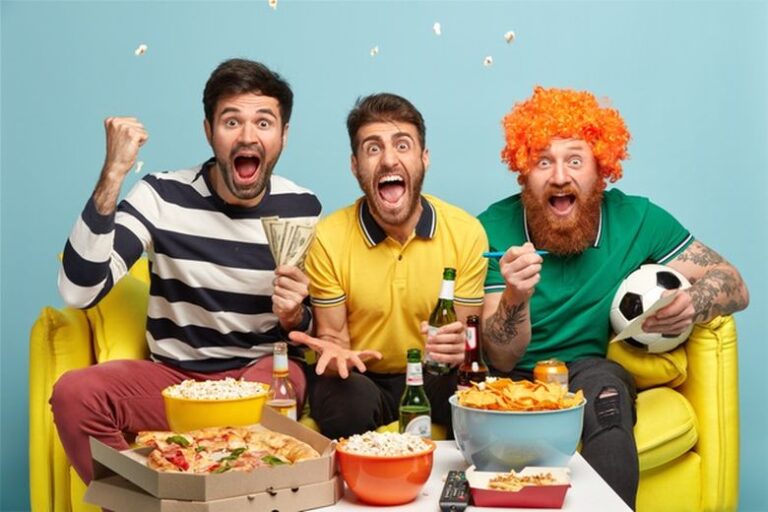 Traditional television is slowly being replaced by over-the-top streaming services and platforms such as Netflix and Hulu. There are many advantages to opting for an OTT experience, although their scope depends from person to person, as not all OTT services are the same.

One of the major reasons for ditching satellite or cable is the fact that the cost of watching a few, select channels is too steep, as they come in a bundle. If you’re a hardcore sports fan, for example, then you’re probably not that interested in true crime channels. What you need instead is a TV bundle that grants you access only to what is relevant.

Betting and sports go hand in hand. Fortunately, fans of sports games have a plethora of options when it comes to their choice of OTT streaming service. The only requirement is an active internet connection, which is downplayed by the relatively low cost of said services.

The live streaming of sports events was not as popular in previous years as it is now. The COVID-19 outbreak led the sports industry to encourage the live streaming of their games, as spectators could no longer show up at stadiums and were thus forced to watch spectacles from their homes instead.

While the OTT industry is booming, with thousands of people cutting the traditional TV cord, there is one major area in which it is still lacking: that of consumer engagement. A sports fan is naturally engaged in a stadium, surrounded by dozens of people rooting for their team, being able to buy team-specific equipment and merchandise.

The level of engagement that a homebody sports fan has is definitely not as high. The inclusion of a betting platform directly within a media-watching medium would lead to a tremendous increase in overall profits, such as people have noticed is the case with Feedconstruct and many other similar platforms within the same playing field.

You might be asking, “So if I want to watch sports on an OTT platform and also place some bets, then what should I do?” The answer is simple. Do betting the traditional way. That is, either access an online betting website or physically go to a bookie in order to wager.

On the other hand, we’ve prepared a small list of the best OTT sports streaming services for you. You might not be able to bet directly through an OTT service, but at least we can make sure your viewing experience is as quality as can be.

What Are the Top OTT Sports Streaming Services?

There are many OTT streaming platforms and services that could strike your fancy, yet only a select few have been designed with fans of sports in mind. We’ve presented the most popular options that provide a lot of bang for your buck.

Probably the most popular online video platform on the internet is Youtube, which has been around since 2005. The media giant is primarily known for its main website, although Youtube also offers OTT streaming services in the form of Youtube TV. Youtube TV has spectacular DVR streaming that no other business has managed to surpass. If you’re a fan of athleticism, then Youtube TV would be the best option for you, as they have a complete channel lineup for almost every available sport.

● Pricy compared to other options.
● Lack of international coverage.
● No offline viewing option.

A superb option for a sports fan on a budget would be Sling TV, which is significantly less pricy than its competitors. Sling TV has several plans depending on the number of channels you’d like to watch, with the streaming service also offering additional, premium plans, such as the NBA League Pass. Compared to Youtube TV, Sling TV does not offer DVR unless paid for. Furthermore, the number of available channels is not as high as some of its competitors, though the channels that are included tend to cover the needs of most sports fans.

The true sports fan wants more than just national sports coverage. What happens in other parts of the world can be just as exhilarating and entertaining as what happens locally, and there aren’t many OTT streaming platforms that offer high-quality international content. Thankfully, fuboTV does just that. fuboTV includes cloud-based DVR with every subscription and is compatible with many devices, such as smartphones, computers, or television sets. Just like Youtube, a fuboTV subscription can also be shared with multiple accounts, allowing you to enjoy it with your friends and family as well.

● Very pricy compared to other options.
● No Turner networks.

Best Choice For You

There’s no such thing as the best OTT streaming service or platform, as it depends on your needs. Each service has its advantages and disadvantages. You’ll have to do a bit of research by yourself in order to decide the best option for you.

The good news is that you have a very varied list of choices, so you won’t be hard-pressed trying to find a reputable OTT service. Scour the internet for what’s best for you and use our list as the foundation for your search. You’ll be better off.

Another thing you need to take into account is the region where you live. Some services don’t work in all countries. You might need to download and install a VPN for that, and doing so may slow down your internet connection. However, at times, it’s the only way you can watch a certain show or listen to certain songs.