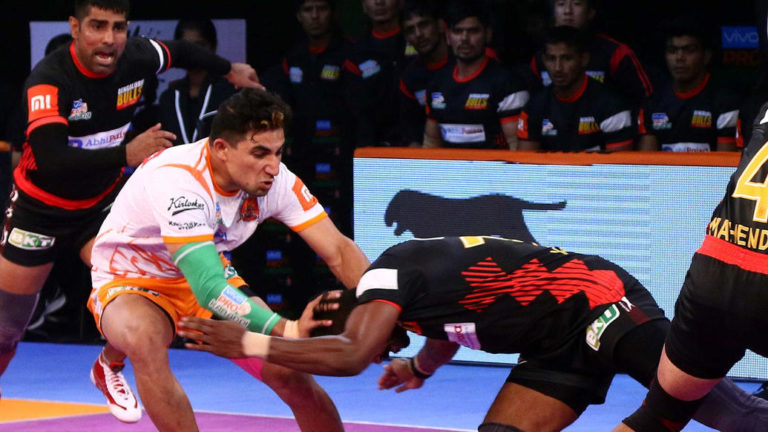 On the fourteenth day of Pro Kabaddi League season 6, the First match of the day was Dabang Delhi vs Bengal Warriors.

Dabang Delhi played three-match one won, one Lost, one tie. Bengal Warriors won two matches and one tie. This is now inter-zonal matches between teams.

Dabang Delhi won the toss and selected choice of court. Bengal’s Shrikant Tewthia with unsuccessful raid and a bonus point and at this moment with a 9-9 score on the table, Bengal Warriors all out after 14 minutes.

2nd match of the day: Puneri Paltan vs Bengaluru Bulls

Puneri Paltan is top on the table with four wins, two losses and one tie. Bengaluru Bulls with two wins in their two matches. Both teams are very well confident with two consecutive wins and as per performance in this season.

Puneri Paltan again won the match with last-minute thriller with 2 point lead with score 27-25 on the table, this is the fifth win for Puneri Paltan.