@2019 - All Right Reserved. Designed and Developed by Times Life Style - Team
Top Posts
How to Sleep Better if You Suffer from...
8 Coping Tips For Car Accident Victims
Why Precast Retaining Walls are Worth the Investment
Learn How to Find Clones of Yourself –...
These Are Sure Signs That You’ve Become Addicted...
How to Behave When You Are in a...
Nine Self-Care Items Perfect for Mother’s Day Gifts
How are Financial Services Adapting to the Post...
Things to Know about the in-play Betting Strategy
How to Recognize Early Signs of Hearing Loss
kabbadiSports

PKL Day 9: Haryana lost the 4th match of the season & Bengal won the second and Jaipur 1st one. 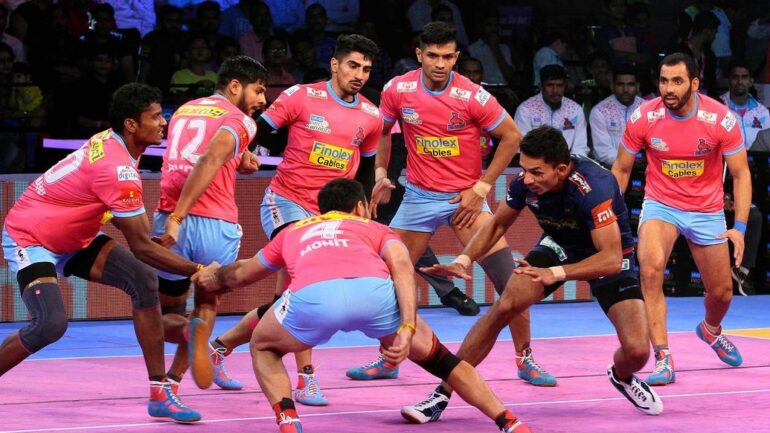 Telugu Titans won the toss and selected choice of court. After 10 minutes with successful, unsuccessful and empty raid score of the table was 6-6.

With super tackle from Telugu Titans and with do or die raid, at halftime Telugu Titans lead with 3 points against Bengal Warriors with score 10-13 on the table.

Game unfolding with the thrilling moment with a twist, Telugu Titans were all out with score 19-17 on the table. After that Titans all out, Warriors were ahead in the game in only nine minutes with score 24-20 on the table.

Bengal Warriors changed halftime scenario 10-13 to their winning train, and at last minute score was 30-25. Bengal Warriors won the match with 5 point lead against Telugu Titans as Rahul Chaudhari failed.

This is a very interesting match as Haryana Steelers won one match but lost 3 matches while Jaipur lost their first match and playing the second match of PKL 2018.

So this was under pressure game, both teams want one win.

Jaipur already turns the game and confirmed their first ever win against Haryana of the Pro Kabaddi League season 6. Misery continues for Haryana Steelers as they Suffered from 4th loss and only one win.