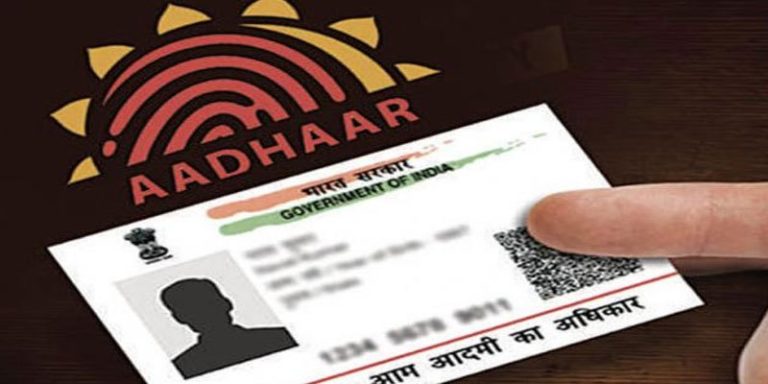 As stated by our Hon’ble Prime minister Narendra Modi, “your thumb is your bank”.  The step of linking Aadhaar number with banks and other entities has been made important to check the tax frauds, reduce the number of forged documents and to check on several aspects of corruption. Though the idea sounds fascinating still there has been protests and allegations the idea of linking the Aadhaar with other entities. It is supposed that sharing biometric information is an act against the right to privacy of every citizen.

A petition has been filed in court against the Aadhaar act and its implementations, a number of questions have arisen on the authorities. First and most importantly, in the name of “Digital India” is the Indian government is breaching the privacy of its citizens? All the information of several millions of Indians is stored on a digital platform which is most likely to be hacked and not safe enough in the world of internet. Does the government have taken appropriate measures to ensure the security of its citizen and their information?

Though the government has given the last date of Aadhaar linking as 31st March 2018, after the petition in the court the date has been extended for an indefinite period and next date will be issued only after the final hearing on the case of petitioners. A panel of eight judges would hear the plea of petitioners and would give their judgment. Till then no action could be taken against the customers regarding the linking of bank account, SIM card or any other entities with the Aadhaar card.

In the year 2010, an Aadhaar act was passed under National Identification Authority of India to ensure the safety and security of the demographical and biometric information shared by the citizens of the country. According to this act, the authority holds all the responsibility of the sharing any information of the citizen to any third party query. Though the queries by third should exclude any deep demographic and biometric information, the authentication of Aadhaar number to any agency or third party may require appropriate and relevant information regarding the identity of the person (customer).

There have been several changes in the importance of Aadhaar, linking of Aadhaar number to other bank accounts, to business numbers, to PAN cards and even to electricity and gas consumer number has been made compulsory. According to modified Aadhaar act 2016; all the queries related to authentication of Aadhaar to any third party shall be responded excluding deep biometric information.

The amendments and Aadhaar act implementations now seem to be a mirage and have serious security concern to the country as forging a document and any other biometric information have become more effortless than can be imagined by our authorities.