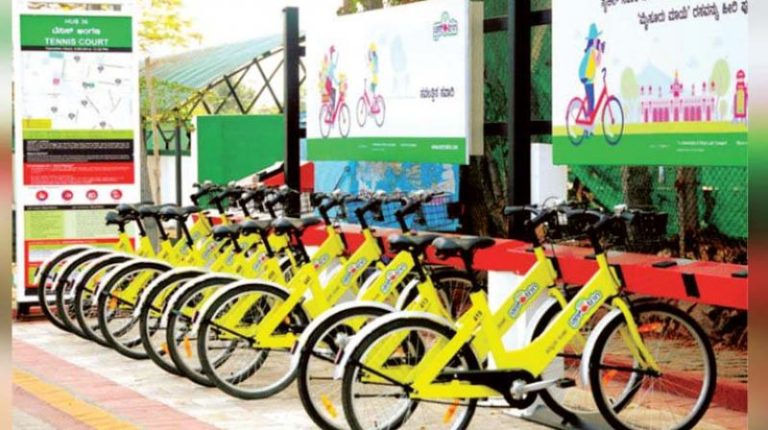 While this system has already been adopted by many cities in different countries throughout the world, it is slowly becoming a reality now in India as well. Directorate of Urban Land Transport (DULT) had floated a tender some time back. According to the sources, about 11 operators expressing interest in the tender. A DULT official said, “We have received 11 applications. Of the 11, three have offered 1,000 bicycles each. Other eight have offered to operate more than 500 bicycles. Earlier, we had decided to introduce 6,000 cycles in the first phase. But later we decided to operate more if the operators were willing to introduce. We are currently going through the documents and going by the background check, all of them are likely to qualify.”

Further giving information about the project, DULT said, “around 350 PBS parking hubs (36m x 4m) have been identified at each location in the current phase, and a few more will be identified. Each docking station can accommodate between 12 and 48 cycles, and it hopes to have one station in a radius of 300-500 metres.” It will take care of the implementation of the project and will act as the nodal agency.

Another DULT official stated that “We will not wait till the parking hubs are constructed. We will ask the operators, who have shown interest in starting the service by April, to launch the operation on-street parking spaces and bike parking spaces in the city. In another four months, we will write to BBMP to construct the parking hubs. Only after that, will the full-fledged service of PBS begin. This can take about three months. So PBS will be fully operational and ready by November this year.”