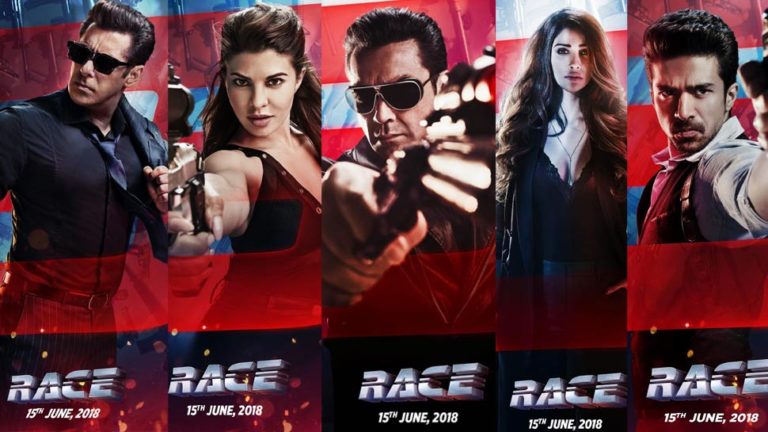 The tiger is back in action and Salman Khan and Co. has currently commenced shooting the third part of the movie in Jammu and Kashmir and will be here for two days of shooting. The Race 3 team also features Anil Kapoor, Jacqueline Fernandez, Bobby Deol, Daisy Shah and Saqib Saleem and it will be directed by part time director and full time reality show judge Remo D’Souza and produced by Ramesh S. Taurani and Salman himself. During their arrival they were given a warm welcome and had met the Chief Minister of J&K Mehbooba Mufti after which they set their journey towards Sonamarg a hill station for their movie shooting. This will be Jacqueline and Salman’s second movie together after ‘Kick’.

It is reported that after this shoot the Race team will continue their movie shoot at Leh, Ladakh. Salman had also previously been in Jammu and Kashmir for his blockbuster ‘Bajrangi Bhaijaan’ which did very well at the box office and it is believed that since then Salman had always been in love with these beautiful picturesque valleys. Race 3 will be the most anticipated action thriller of this year and is hyped to be bigger and better than its previous two installments and the movie posters launch and pictures being released on media it has created quite a buzz.

Quite interesting is the fact that the movie will be having a disclaimer that it is based on true life events to avoid any mystification that the viewers might have as some parts of the movie resemble rather true life incidents from Salman’s life where there is this scene in which Salman is rashly driving a SUV in the foothpaths and streets of Bandra and it is not even a chase scene. The movie is surely going to be full of action powered stunts where the director Remo D’Souza has planned to have a body-double of Salman Khan.

The movie however was scheduled to have done some parts of the shooting in foreign countries but due to the court order in the recent poaching case wherein Salman was convicted and out on bail later was not allowed to travel abroad and due to these restrictions the shooting had to be limited and as aforesaid will substitute the foreign locations and do the shooting in Leh,Ladakh instead. Reports state that the shooting will be finished off in Mumbai first before heading to Leh. The movie is slated to release this 15th June, 2018 on the day of Eid and we expect that it should be doing pretty well on the first day of its release.