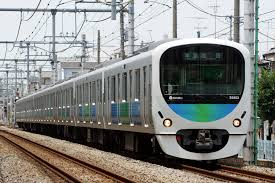 The Railway Minister Mr. Suresh Prabhu stated on Thursday that the Railways had actually taken a lot of green initiatives and will be producing around 1000 MW of solar energy.

Addressing at a function to mark the signing of the Letters of Intent by the Railway Ministry with the UNEP (United Nations Environment Programme) for formalizing the joint co-operation in the environmental conservation, he stated that the priority of the Railways was mainly to bring down the carbon footprints. He went on to add that the Railways is already taking a lot of green initiatives and planning to produce around 1K MW of Solar Energy. The joint co-operation will certainly help the Indian Railways in the green objectives.

The representatives of the Indian Railways as well as the UNEP signed and also went on to exchange the Letters of Intent. UNEP’s Executive Director, Mr. Erik Solheim stated that the main focus of this partnership was actually on 3 important areas – waste management, reduction of water consumption and then sustainable public procurement. The officials stated that the Indian Railways that carries around 23 plus million passengers each and every day has taken a lot of steps in water management, energy conservation, solid waste management as well as green buildings.

The Indian Railways has been doing really good of late. Recently, it was on news when the Minister stated that it is taking the renewable energy approach for becoming much more cost efficient.

The Railway Minister, Mr. Suresh Prabhu had stated that the Railway Ministry is actually giving in a major push for making use of the renewable energy to make sure that there is sustainability and also greater cost efficiency. Mr. Prabhu had a round-table discussion with a lot of external stakeholders. He stated that it has always been a major challenge to manage the railway operation as well as being sustainable environmentally at the same time.

He added that Railways is now actually devising some strategies for working on the main sustainability. He added that now after setting up the different directorate on environment, it will not be the peripheral activity and it will get integrated with the main activities.

The Indian Railways has not been in a rather bad light for quite some time because of its regular increase in ticket fare. The ticket fare is actually high now and there have been so many people who have been constantly complaining regarding the same. If Railways is coming up with this kind of plan for producing solar energy, then one may guess that this will help the citizens of the country.