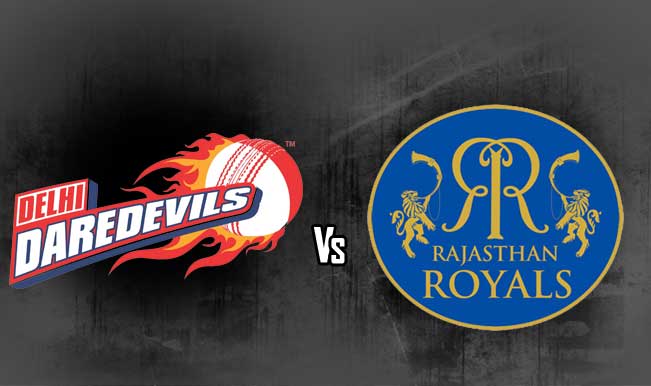 Going to be held today, the 6th match of IPL 2018 is going to be played between Rajasthan Royals and Delhi Daredevils. The match is going to be very special for RR for 2 reasons. Firstly, it is to be held in their home ground Sawai Mansingh stadium in Jaipur. Second, the returns of the Royals to their hometown after a long gap. Thus, both the players and the fans are excitedly waiting for the match to begin at 8pm today.

You can watch the match live on Star Sports on your TV or live online on Hotstar/ JioTv/ AirtelTV. Apart from this, you can even catch up with the news of every second on Google with multiple websites and news channels giving live update of the match.

Both Rajasthan Royals and Delhi Daredevils would be looking forward to register a victory as the 1st matches for the team was a defeat, Delhi lost against Kings XI Punjab and Rajasthan against Sunrisers Hyderabad. It is just 48 hours after their loss against Hyderabad, the team of Rajasthan is going to play on their home ground with full energy and positivity against the Delhi Daredevils.

A lot is expected from the Rajasthan Royal’s batting line up  with players like D’Arcy Short, Ben Stokes, Sanju Samson and skipper Ajinkya Rahane in the team. The disappointing part is that none of the batsman performed on the stadium in their 1st match against the SRH except Samson, with the team’s total score being below  125. Even the bowlers of RR could not do much giving SRH an easy victory.

With Glenn Maxwell on their batting side, the Delhi team is going to score a good score but what is the matter of concern is their bowling, which proved to be a failure in their last match which was either due to K L Rahul’s batting speed or the bad performance of bowlers.

Having lost their 1st matches, both the teams are all set with new game plan, overcoming the reasons for their failure to play a good game today at Sawai Mansingh stadium at Jaipur, from 8pm onwards.