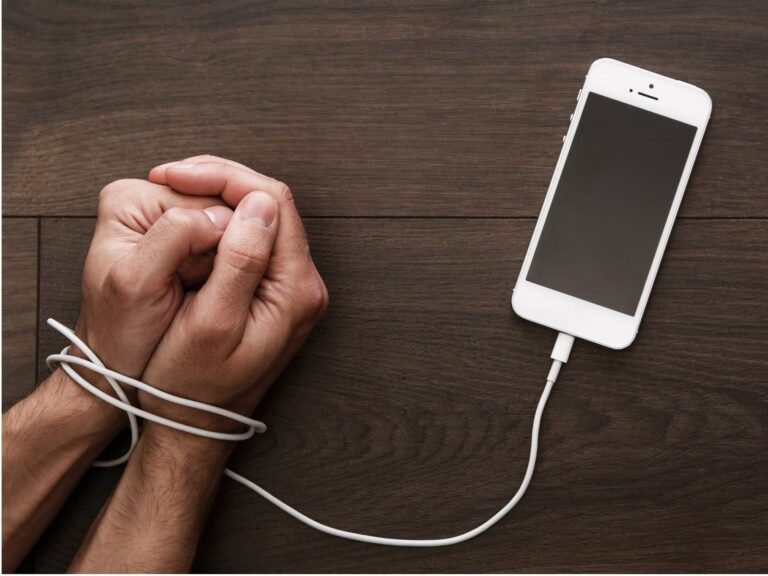 In the age of smartphones, when we do so much work with them, and when they are used for entertainment, the title of this article probably sounds strange to you. Still, like everything, the smartphone is a two-edged sword. It offers us so many possibilities like we have a computer in our pocket.

Through it we can always have an insight into our email inbox, to be active on social networks, and watch different content on apps like Netflix. However, more and more people are noticing the disadvantages of smartphones. That’s why you’ve probably noticed the trend that more and more people are buying so-called dumb phones, which are actually similar to the models of the first mobile phones that appeared on the market 20 years ago. We will tell you what are the reasons why you should not buy a smartphone.

1. Bad impact on the eyes

Modern devices like smartphones and computer monitors are very harmful to our eyes. The eyes should be constantly looking both near and far, which is less and less the case because of the screens we are constantly looking at. So we lose focus on the eye muscles and that’s very bad. Also, the blue light on the devices is harmful to the eyes and has a bad effect on sleep. That is why special options have been introduced that change the blue light to yellow when we approach sleep, but that is certainly not enough.

2. They make it harder to fall asleep

Blue light is not the only thing that affects the poor quality of sleep in humans. What is also a problem is that people carry their smartphones with them to bed and thus make multiple wrong moves. In addition to tiring the eyes further, they also do not allow the brain to relax before bed. They continue to check social networks, read the news, and other things that disrupt the sleep cycle. You all at least once went to bed on time, but then you realize you have lost a few hours watching YouTube for example. It is necessary to rest your brain before going to bed by reading a book, listening to music, or simply not doing anything. Everything else has a negative effect.

Not to be overlooked is how expensive most models are. Flagship models always cost over a thousand dollars, which is very expensive. Of course, they offer a variety of advanced options, but the question is how many of these options are really useful to us? When we think about it, a call is still the primary thing our device is used for, and you will agree that it is not worth a thousand dollars. That is why dumbphones are an increasingly popular choice because for little money you get what the primary purpose of a mobile phone is. Making calls and sending messages. Click here to see the best models currently on the market.

4. They are increasing the number of traffic accidents

All mobile phones have increased the number of traffic accidents because 20 years ago people started reading SMS while driving. But smart devices cause even more traffic accidents. According to the data, as many as 15 percent of traffic accidents which happened last year involved the use of a smartphone. On the old models, SMS could only distract you, while on the new ones you receive messages on social networks, check sports results, and various other things that you should not do while driving.

5. They pollute the environment

They pollute the environment in many ways. First, new models are coming out so fast, and since we live in a consumer society, people are constantly trying to buy the latest model available. In this way, a huge amount of e-waste is generated. An even bigger problem is that very few of them are recycled, which creates a lot of pollution. If everyone uses the device for at least 3 or 4 years, instead of changing it every year, this problem would be significantly reduced. And finally, due to so much mass use, radiation is everywhere high due to signal range and the internet.

Do you remember old models like the Nokia 3310 that you forgot when you last charged the battery? The batteries could work for up to a week if you are not a heavy user. And smartphone batteries are considered very good if they can last a day. Most can’t do that much. So it is very possible that you will often run out of battery just when the device needs to perform its primary function, such as making a call.

We go back to the Nokia 3310 and the like which were almost indestructible. And when we talk about today’s devices, often a very small hit is enough to break the screen. When they fall from a greater height, then it is certain that they are damaged. So in addition to being expensive to buy, repairs are also very expensive and they are easy to damage.

How many times have you gone to a party or a coffee with friends and then you don’t communicate with each other almost at all because everyone is looking at their smartphone? This has become one of the big problems of modern society because people are socializing less and less and that leads to fewer love relationships.

9. They dumb us down

Sometimes, if you forget, for example, the name of the movie you watched, you had to think for days until you remembered. While it was frustrating, that way the brain exercises. Today, with a few clicks, you can find out whatever you want. While this is on the one hand positive because of the availability of information, it still dulls us because we don’t have to involve the brain for anything.

All of this tells us that there are many reasons why smartphones aren’t that smart after all. First of all, the problem is in us who do not use them in the right way.