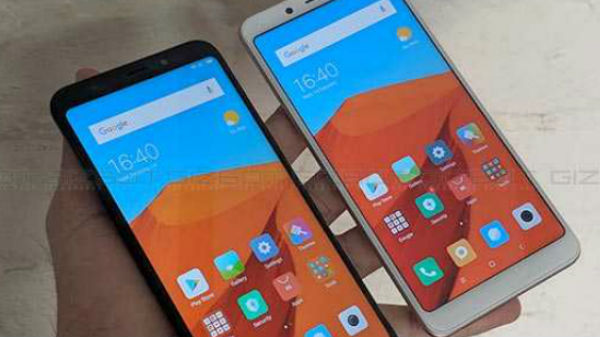 Xiaomi is a company that has taken its toll in several areas of the world, especially in Asia with a big emphasis in India. This juggernaut company produces several goods, but the dominant field of it is the cellphone market. With great successful devices such as the Redmi Note 3 and 4, the company has decided to take a step forward and launched a successor on this line of products in 2018.

An improvement on the Remi Note 5, the Pro edition follows the trend of the 18:9 aspect ratio of display, although the bigger screen does not mean a troublesome situation since most of the capacitive buttons are now on-screen keys. On the front, the user will find the common selfie camera, the earpiece, and the usual array of sensors of the top edge with a layer of 2.5D Corning Gorilla Glass with rounded display corners. These curves make the phone easy to hold and facilitate smooth handling besides the 5.99-inch screen. At the back of it, the user will find a vertically place camera with LED flash in between the two lenses, a design similar to those found on an iPhoneX. Also, a fingerprint scanner is placed in the center of the back part. At the bottom there is a micro-USB charging port along with a 3.5mm audio jack and the mono speaker. The volume and the power button are on the right, while the SIM card tray is placed on the left. At the top the user can find the IR blaster useful to control other devices such as a TV set.

The screen resolution lies on the 2160×1080 resolution, resulting on quite sharp images with any pixilation noticeable. A certain misfire is the sunlight legibility and from certain angles the display looks slightly dimmer.

With a very powerful processor (Qualcomm Snapdragon 636), the Note 5 Pro has a 4GB RAM and 64GB internal storage running on a Android 7.1.1 Nougat Operating System which can be updated with the latest operating system.

For the picture quality, the two rear cameras at 12MP+5MP that are good for depth sensing in portrait mode as well as capturing certain detail in low-light shots. On the front, the device offers a 20MP camera, first time seen on a device from this company. This camera is accompanied by Beautify 4.0 algorithm especially designed for the selfie craze existing nowadays. An upset is the not inclusion of 4K recording on the device, since the processor allow it; it is not understandable the reason why it was left behind.

The battery life is guaranteed to last two days in normal conditions with several optimizations for preserving the battery while the phone is not being used. Additionally, charging time does not take that long, an asset from this source of smartphones.

This device lies better in the photo-taking smartphone, getting deeply into the trend of selfies, but its powerful processor makes it a good option for those possible buyers who would need a powerful product for business, personal, and gaming usage – although it has not been created for this specific purpose.