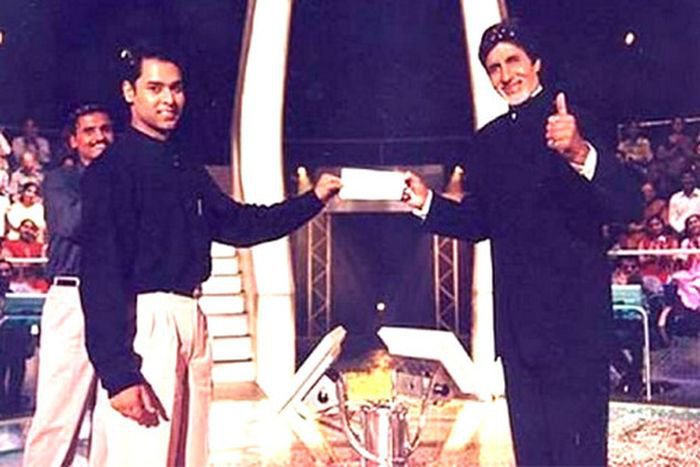 With 10 back to back seasons, KBC or Kaun Banega Crorepati has helped so many people in India to better their lives! Do you remember the first season of KBC which was hosted by Amitabh Bachchan? KBC’s first season aired in the year of 2000 on Star Plus. At that time, people were so excited to see Bollywood’s biggest superstar Mr. Amitabh Bachchan as the host of KBC. Soon the show started airing; people showed so much love and respect for the show that KBC Season 1 became the most liked reality TV show in India. Even KBC’s first winner Harshvardhan Nawathe is still remembered by many!

Harshvardhan Nawathe became an overnight star as soon as he became the first winner:

Harshvardhan Nawathe is now married to Sarika who is a popular TV actress now and they have two adorable kids. His wife has worked in a few Marathi serials as well. Before becoming a Crorepati overnight, he used to work as a civil service aspirant. After he became the first winner of KBC Season 1, he pursued MBA from the Edinburgh Napier University in Scotland. After he achieved the MBA degree, he came back to Mumbai in 2005. Then he joined IL&FS which is a financial service company. After two years, he became Naandi Foundation’s state director. Currently, he is working as the Chief Executive Officer in a Dutch-based recruitment company. He is now leading a very happy and joyful life with his family!