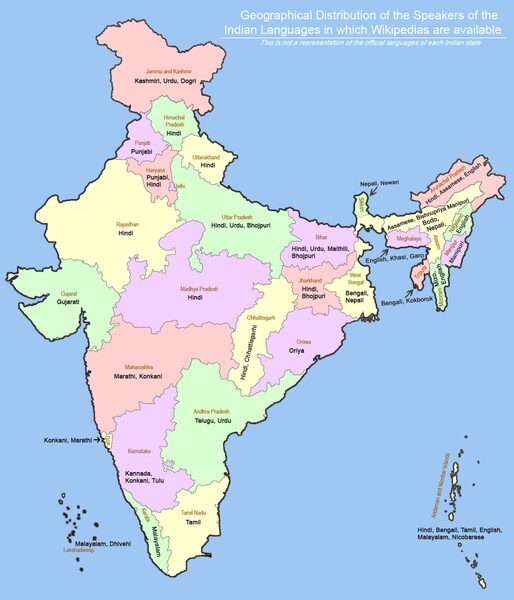 Hindi is the most spoken language in India. Hindi is also the official language of India. Not only in India, but Hindi is spoken by Indians in other countries too. Countries like the United States contains Indians speaking Hindi. But according to a recent report, over the years the growth of speakers speaking Telugu has risen exponentially.

Unlike other languages, Hindi is easy to learn. When you have a look at the languages spoken in the Northern side of India, like Gujarati, Marathi, Bengali, Punjabi, most of them are similar to Hindi. Not only speaking Hindi, but Hindi is also easy to read and write Hindi.

Hindi’s word order follows a unique pattern. Adjectives are allowed to be placed before nouns. The scientists at NRBC conducted a research and concluded that learning Hindi is actually good for your brain. The unique script of Hindi grammar uses more parts of a Human brain than normal.

Telugu is a south Indian language originated from Sanskrit. It is a Dravidian language spoken in more than one Indian state. Telugu is also classified as one of the six classical languages.

Like Hindi Telugu also has a free order for writing. Telugu poets and artists are famous and well known for their work.

It is certain that more than 40% of people in India speak Hindi. Although this is obvious, as Hindi is the official language in India. After Hindi, Bengali comes after Hindi grabbing the second position. Surprisingly, the Third position is occupied by a South Indian language, Telugu.

All the south Indian languages are rising and becoming more and more popular day by day. Among them, Telugu’s improvement, as proved by charts of majorly spoken Indian languages released by the Indian Government, is off the charts for such a small amount of time. This drastic improvement percentage is not only seen in India, but also in countries outside India like the US. Even though the total percentage number is small, as long as Telugu maintains this it could catch up to Hindi in no time. There are averagely 1.5 billion people living in India.

In the year 1999, there were averagely 60,000 Telugu speakers in the US. The charts shown in 2010 displays over 200,000 Telugu speakers. By the end of 2017, the value reached to 500,000 speakers. This is half of the value of Hindi speakers in the US. Telugu and Gujarati are the two languages that have been rising prominently for the past 20 years.