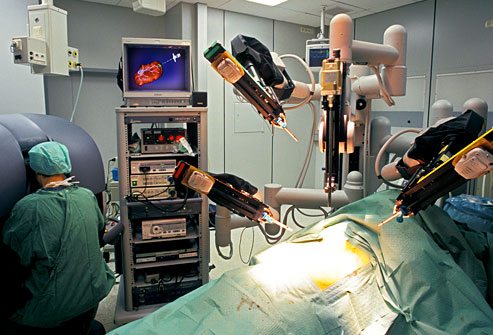 For a while scientists have toyed with the potential of automated or robotic equipments in the field of medicine and surgery. This idea may now be a reality with the invention of a computer-driven automated drill that is able to perform complex cranial surgery comparatively 50 times faster than the manual procedure. When in use, this device can reduce operating time from 2 hours to 2.5 minutes. This breakthrough drill has been developed by researchers, including A.K. Balaji, an Associate Professor of Indian origin at the University of Utah in the United States.

This scientific creation can be particularly beneficial in translabyrinthine craniotomy which is a procedure that involves making an incision in the scalp behind the ear, then removing the mastoid bone and some of the inner ear bone. Translabyrinthine surgeries are performed to tackle benign tutors that form around the auditory nerves. Typically, this complex procedure making intricate openings had been performed through hand held drills, adding several hours to the operation and as well as increasing risks, such as loss of facial movement. Now this new automated machine could be utilized instead of those manual devices to produce fast, clean, and safe cuts thereby reducing the time the wound is open, decreasing incidents of human error and cutting on the cost of surgery. Balaji said his interest had been to develop a new drill that would reduce the fatigue of surgeons. Moreover, this drill could also be incorporated in other surgical procedures like hip implants. The drill uses a software which sets a safe cutting path.

First a CT scan of the patient is obtained to measure bone data and identify the exact location of the sensitive areas like nerves and major veins and arteries which are to be avoided. With this information, the surgeons then programme the drill’s cutting path. The drill is also designed to programme safety barriers along the cutting path within 1 mm of sensitive areas of the brain and shuts off automatically if getting too close to the facial nerve or in the event of irritation monitoring during surgery.