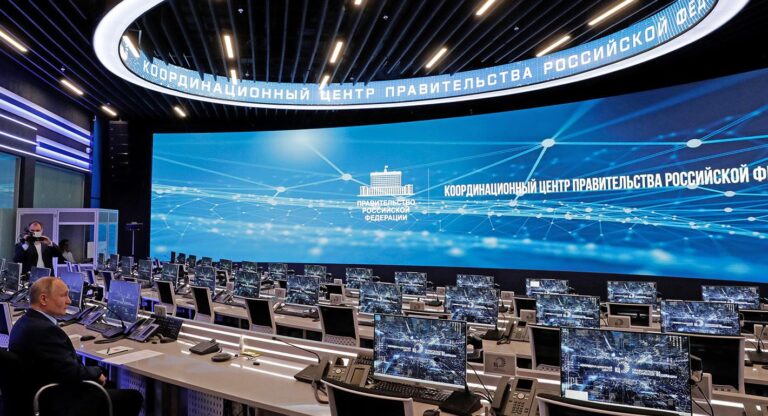 Although last year was extremely difficult for global trade, exports of high-tech goods from Moscow grew significantly and continue to do well this year. In the first eight months of 2023, the city’s high-tech exports were up 14.8% year-on-year and up 63.5% from the same period of 2019, despite stiff competition from global technology corporations.

While pandemic restrictions have made foreign trade more difficult, COVID-19 has also created new opportunities for exporters. Manufacturers of high-tech solutions have seen demand boom as network operators update their infrastructure to accommodate the additional loads associated with so many people working from home. As a result, telecom equipment manufacturers offering the right tools saw sales soar. That is what happened to T8, a Russian supplier of DWDM solutions for keeping networks running smoothly under heavier loads.

Telecommunications equipment is among the top three high-tech goods exported from Moscow, with turbine components heading the list at over USD 875 million in export sales last year. There is also significant demand for the capital city’s network equipment, pharmaceuticals, vehicles, machines, and machine parts.

Exports of high-tech products reached USD 18.57 billion in the first eight months of 2023, or almost one-quarter of Russia’s total high-tech exports, with buyers located in 167 countries. Boosting this type of export is part of a new national strategy: last summer, Russian President Vladimir Putin signed off on an economic diversification program that calls for increasing non-resource non-energy exports at least 70% between 2023 and 2030.

As part of this strategy, the federal government is providing proactive support to non-resource non-energy exporters. Moscow’s city government issued RUB 500 million in subsidies to local exporters in 2023, a seven-fold increase from the year before. Non-financial support is also available. For example, the Mosprom Center for Export Support helps Moscow-based companies find partners and potential clients abroad, organizes business missions and makes it easier for companies to participate in industry trade shows. Moscow-based companies also turn to the Center for custom research, such as assessments of their products’ export potential in target markets, and for assistance overcoming administrative barriers and obtaining certification.

From Europe to Asia

High-tech products from Moscow are mainly exported to markets in Western Europe, the CIS, and East Asia. European markets, which are vital for local businesses, accounted for most of the growth in exports in the first eight months of 2023. High-tech exports to countries in the European Union were up 21% from the first eight months of pre-pandemic 2019 when they stood at USD 1.91 billion, and up 49% from USD 1.55 billion in 2023. Key partners in Europe include Germany, Italy, France, the Netherlands, and the Czech Republic.

“The electronics sector has a lot of potentials. That includes microcircuits, microchips, and components, which are currently exported to China, Hong Kong, the United States, Canada, and Europe. In the past few years, some local exporters of electronics have seen their export sales increase 800-900%,” says Alexander Prokhorov, director of Moscow’s department for investment and industrial policy.

A good example is Epiel, which makes integrated circuits, discrete power devices, and other components for superconductor products. Epiel’s products are purchased by semiconductor plants and research institutes specializing in electronics in Europe, the United States, Canada, and Southeast Asia, and over the past few years, the manufacturer has been able to increase exports from 1.5% to 13% of total production.

Another local company, Mikron, exports half of Russia’s total foreign sales of microelectronics, primarily power management chips and diodes. The company has several offices in Asia, including China, Taiwan, and Hong Kong.

Prokhorov notes that it can be tough for local exporters of high-tech products to compete with global giants. “Their success depends not only on the quality of their products, but on conditions in the market, competitors’ offerings, and many other factors.,” he explains. “That’s why it’s critical that companies do an in-depth analysis of their industry in the target market. The experts at the Center collect data that local companies can use to craft an export strategy that works.”

Regulatory hurdles are another barrier for local exporters. Most countries have stringent requirements for imported technologies and for their manufacturers. As a result, a company may need to obtain multiple certificates, update its facilities, and invest in training for personnel before it can launch foreign sales.

Distribution is another important concern when exporting high-tech products, and the selection of partners and customers plays a large role in a company’s success. The pandemic has made this search process even harder by limiting access to the international trade shows and business missions where exporters made most of their new contacts before the pandemic. Many of those events are now available online: last August, the Center helped local companies attend Power China-2020 virtually with a VR/AR stand and online tours. The online format has proven so effective for business missions that the Center may continue using online meetings as a preliminary stage allowing participants can gauge each other’s interest in cooperation before meeting in person.

This center also offers local companies an online assessment of their export readiness called ADEPT 7, Russia’s first online tool for predicting export potential. Developed at this center DEPT 7 gathers data in two stages to show companies whether or not their products will do well in a specific target market. Read more at https://prom.moscow.