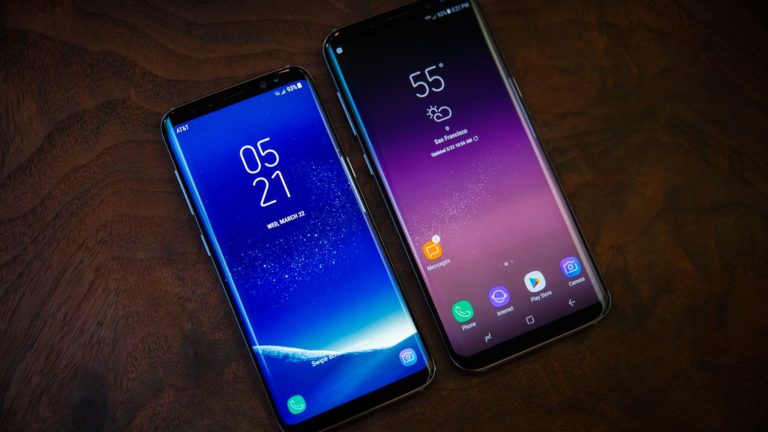 The release of bot the Samsung Galaxy S9 and S9+ is now official and a lot of people are wondering about the difference among them. In this article we will not only talk about them bot also will point out their differences and similarities.

It has come something very common in Samsung Galaxy series that the big version does not have much difference in specifications towards its smaller version. And this is something we can easily see in the S9 and S9+ models. A Snapdragon 845 mobile-platform powers both models; Qualcomm’s latest which is built using the same 10nn process as the 835 which is ultra-efficient. Only in Europe, the s9 and s9+ perform Samsung’s own Exynos 9810 chip. There is not big difference between the two of them, though.

The sizes of the s9 and s9+ are 5.8 and 62 inches respectively, both with quad-HD+ resolution. Both of them also support HDR10 for video as well as Dolby Atmos through the new speakers that are front-firing.

One of the most noticeable differences between the two models is the secondary camera sensor on the Galaxy s9+. It is said to be a shame being left off the smaller sized device. However, both of the are carefully designed to take sharp shots making them great devices for taking pictures. Both their cameras where created to have great features that other cameras have, like the zoom, but without the need of loosing resolution and quality.

Bothe smartphones have 8MP cameras on the front with an aperture of f/1.7 perfect for taking those selfies. They feature AR emoji which is similar to Animoji from Apple. These emoji are a lot more similar to cartoons than emoji and will capture your facial expressions.

Both devices maintain their curvy designs with curvy glass and metallic appearance with minimal bezel, the headphone jack and an IP68 rating done for water resistance. The fingerprint scanner was moved to an easier to reach resting place beneath the camera sensor. The Samsung Galaxy s9 weighs 163g which makes it very light in comparison with the 189g of the S9 Plus. This results in an uncomfortable to hold and grab design. This is a very important fact to consider when wondering which model to purchase since you will be holding it quite often. And when you think of a good smartphone what comes to your mind is usually power and style. But what style is there if it is not in accordance with comfort and easiness to hold?