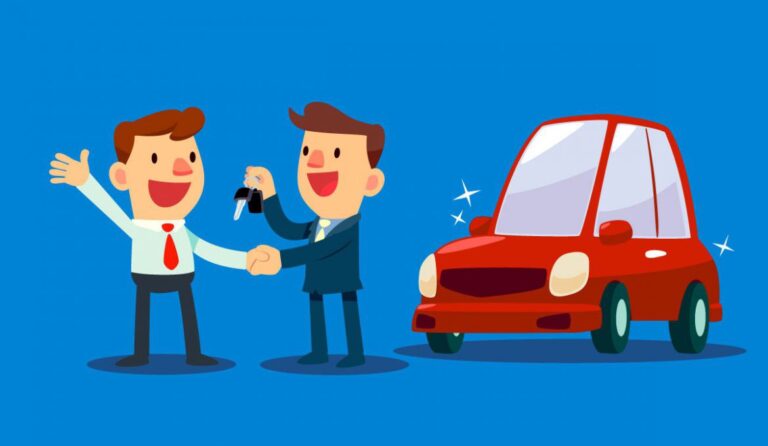 Selling your car isn’t an easy thing to do. Whether you’re emotionally attached to or you’re just not sure if it’s the right move or you’re just wondering if you can get your money’s worth – either way it can be a hard decision to place your car on the market. Well, if that’s what’s bothering you, we are here to help. Today, we’re going to cover some of the obvious signs that your car is ready to be placed on the market.

One thing to understand about a car is that it loses value over time in most cases. So, don’t expect to make a profit off of it. To be fair, it’s not going to break even, you’re probably going to have to sell for less than you had paid for. It’s just the way it is, cars get older and less reliable, therefore, unless you have a valuable old-timer, the older the car gets, the less money you’ll get for it.

So, when’s the right time to sell? Do you wait until you feel it can no longer run or do you sell it while it’s still in a good condition so you get a little bit more money? Do you check the market or do you check your car? Let’s talk about that.

1. When the repairs become frequent

When you get a brand new car, or a remotely used one, you are the happiest person in the world. All you need to do is wash your car and do regular maintenance and check-ups with the mechanic and that’s it. It’s cheap and it’s convenient. You just get in your car and drive, without a care in the world. Your tank is full, oil’s changed, tires are fresh – your car feels like it has just gotten out of the salon.

However, a few years and a couple of thousands of miles later, minor problems start. At first, it’s just regular stuff that got worn out with time – it’s nothing to be concerned about. That’s just the way it is. However, not so long after that, you encounter a new problem. Your air conditioning is not performing right. Well, what can you do? Things break. After air conditioning, your radio is broken. Not just radio, now your CD player won’t play disks for more than half an hour, but, you use AUX for your music, it’s not that important. Then, you notice your rugs, they’re a bit worn out, so you get new ones.

After all of that, it’s not only minor issues that keep happening. Your brakes need replacement, your engine is sounding weird, and so on. You begin to notice a trend, the only thing that does not need a repair or a replacement in this car is the driver. When it gets to that point and you begin spending a lot of money on repairs, it’s time to say goodbye. You shouldn’t spend more money on car repairs than the car itself is worth it. However, if you do let it come to that and you end up investing a lot of money into an old car, it may be best to have your car evaluated before selling. A lot of buyers might not care about the new parts and will try to offer less money, but, with cashyourcaruae.com you can be sure you’ll be compensated properly for your vehicle.

2. It doesn’t do it for you anymore

People change and evolve. The first car you ever got was probably an old, dinky sedan that you could afford to ruin as an inexperienced driver. It didn’t matter if you dinked it while you were learning to parallel park and so on. The same goes for that new, sporty two-seater you got while you were a bachelor and was only looking for a fast and cool looking car. However, maybe you got married recently and you’re about to have kids, so that convertible has to go because it doesn’t meet your needs. It can just as easily be the other way around, maybe your kids are grown and you don’t need a minivan anymore, maybe it’s time again for a convertible two-seater. Whatever the case may be, if your car doesn’t do it for you anymore – sell it.

3. You can seem to find the parts for it

This is a regular problem for all those that have an old car. You’ve never had to switch cars and the old one was just enough for you. However, the years have caught up with it and it needs some new parts. Well, that can be a problem if your car has ceased production 20 years ago. Finding parts for cars that are not made anymore can be a really difficult task. It can also happen if you have a car that is not widely popular, so to speak. If you’re driving a rare car, you can be sure that the parts are also going to be rare.

4. You don’t feel safe in it anymore

A car has to be safe, there’s no way around it. Therefore, if you happen to drive a really old car and you feel that the breaks are getting a bit worn out, it tends to overheat or if it’s a lottery if it’ll start on a really cold day, it might be the time to say goodbye to your old friend and find a new one. That brings us to our last clear-cut sign you need to sell your car…

Whatever the reason behind wanting a new car is, whether the old one is just old and broken or you just got bored of driving the same car all the time, the previous one should be sold to someone who will find a way to use it. if you know you’re never going to drive it again, there’s no point in keeping it. If it’s old and broken, some parts could be good and still salvaged and reused. If you’re someone who just likes to switch cars now and then, unless you’re collecting them, getting rid of the old one can increase your budget for the new one and free up space in the garage.

Those were the five reasons for selling your car. If some of them hit close to home – you know what to do.