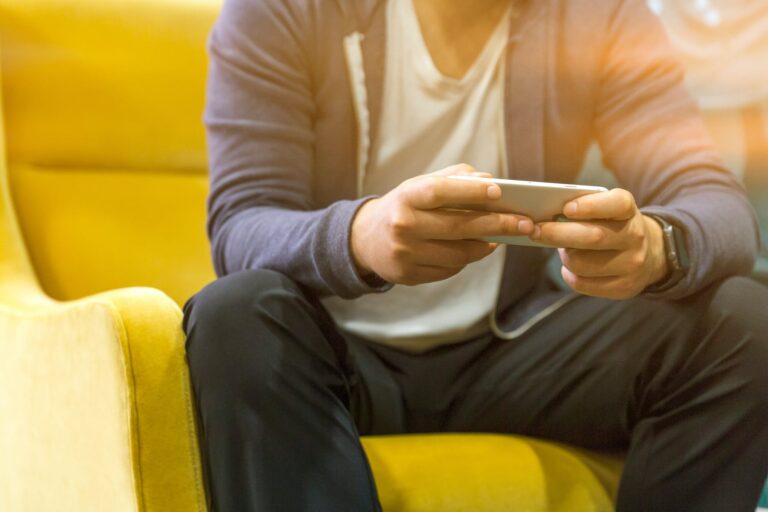 Compared to other gaming platforms, Mobile gaming has experienced a faster and larger growth with one of the largest revenue shares in the global gaming business in recent times. Furthermore, with the smartphone technology witnessing extraordinary advancement and innovation, the likelihood of smartphones being considered a gaming platform as a dominant player is very high.

With the ability to transform any environment into a gaming arena or a casino, the mobile gaming experience has reached a new level altogether. With high internet accessibility and digital payment integration acting as incentives, smartphones have not only promoted online gaming but are expected to contribute to its growth from $1 billion to $290 million by 2022 as per a research conducted by KPMG and Google.

The growth of online gaming has been greatly influenced by smartphones with more and more people joining in and changing the gaming demographics and running its subsequent development phase. Smartphones have been a game-changer in every sense of the word, going beyond just device functionality, incorporating touchscreen features, and an easy interface that scores huge against other gaming devices.

While console gaming restricts its users’ movements despite its advanced technologies like motion sensing and gesture detection, mobile gaming has a clear edge over the former. With gamers being able to play skill-based games like Rummy on the move, redefines the way games are perceived in the current times. In addition, tech trends like cloud storage and virtual reality have filled the gap between consoles and mobile phones in terms of power processing, storage, and image resolution.

Back in the old days, the hassle of games distribution by way of CDs and other modes weighed heavily on the game publishers as compared to now. In the current times, games can be downloaded onto a smartphone with an internet connection on the phone itself. This ease of distribution has not only reduced the publisher’s production cost but also encouraged him to spend more time developing new games and practice innovation in the said realm.

This is also one of the main reasons behind the evident growth of the mobile gaming business. From 2D games to Augmented Reality, smartphones encompass and support varied special feature games in an enhanced environment.

Budgeted mobiles and smartphones have allowed the masses to use these devices for a variety of things online, of which mobile gaming is a popular option. In addition, a growing e-sports industry in the wake of new technological advancements has enabled fans to enjoy e-sports as well along with a wide array of casino games, sports betting, or slots. For instance, besides the conventional club games, many people are indulging in online slot games like Mega Moolah on which you can learn more on blog.riverbellecasino.com, a progressive jackpot slot game from Microgaming.

Online gaming has accomplished new heights by piggybacking on the global smartphone presence. With mobile gaming being one of the most user-friendly mediums in the industry, new technologies are changing the way gaming is perceived. For instance, the smartphone technology has enabled playing the Rummy card game with an app, where players can join from anywhere in the world and you can choose from new to seasoned players online, share or invite and enjoy playing with friends and family as well!

Who are the most dedicated players?

According to a few types of research, from 2018 until today, people from the Asia-Pacific region take almost half of the active population of players. In the second place are North American gamers. On the global market, Chinese players take one-quarter of the whole number of gamers. They all spend a lot of money buying premium accounts, which is worth a lot of billions of dollars.

How many active smartphone players are there?

This number is growing every day, but according to the statistics, more than 90% of the players are using their mobile phones to play. That is a huge market and at the same time, very profitable for the developers and providers. Not every player spends equal time playing. Some of them only download the game and play it occasionally, but the number of those who are playing a few times a day is much bigger.

Mobile games are very interesting, but at the same time, pretty addictive. We encourage you to play them smartly, and not spending a lot of time on them. The only exception is if you choose it as your profession and plan to earn a lot of money from it.